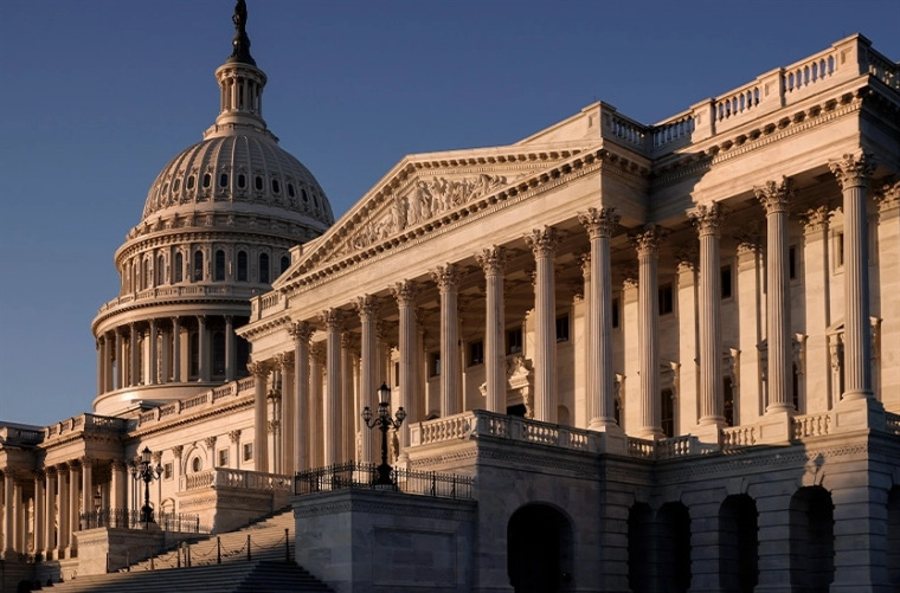 “A divided congress is good for stocks” is something that repeats itself after every election.

Historically this has some support and intuitively it makes sense because it limits change. At the same time, it’s not foolproof and it’s a fragile investment thesis in a world with so many moving parts that are far more correlation than causation.

Think back to the 2020 election. November of that year was a sensationally good month and it continued into December. Many pundits were on TV saying it was because the Democrats didn’t take the Senate. However, that had yet to be fully decided and there was a runoff in early January in Georgia to decide control.

“If the Democrats win both seats, we expect the S&P 500 to become vulnerable to a downdraft of around 6% to 10%,” Stoltzfus wrote in a note to investors.

“In our experience, markets prefer Capitol Hill in Washington to have enough checks and balances in place to keep political power out of the hands of one party,” he added.

A Democratic Senate sweep “would bode badly for business with the likelihood of corporate tax rates rising significantly,” Stolzfus said.

In response, I wrote that “strongly disagree” and explained why outrageous Democratic spending would boost stocks.

It was a call completely out of consensus at the time. What happened? The S&P 500 gained 27% in 2021 after a Democrat won the runoff.

It is not enough to say that one party controls this or that. I correctly sniffed that Senate Democrats would never unanimously support a corporate tax hike and would spend big, including more consumer freebies.

And this time? I don’t have a solid read on what Republicans will do with the House and Senate, but either way, I don’t see any meaningful legislation being passed. I have to assume it’s already cooked.

So where are we? There are still far bigger issues to deal with around inflation, recession, war and energy. And I don’t think any configuration within the US government can fix them any time soon.

As for the experts who will make stock market predictions based on tomorrow’s results? Ignore them.

Stocks work for the long haul, but if it was as simple as buying a split congress and selling a sweep, money management would be much easier.