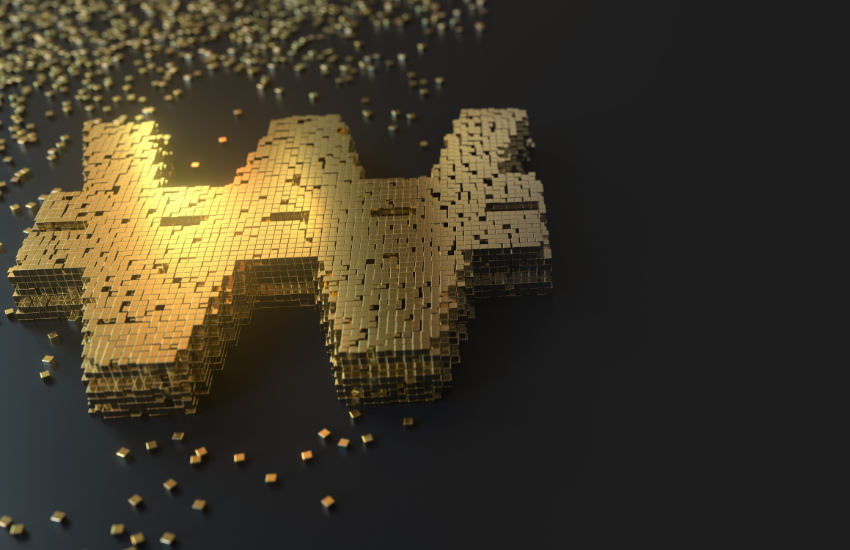 The Bank of Korea completed the second phase of its retail central bank digital currency (CBDC) simulations in late June and today shared the results. While happy with some aspects of its digital earnings simulations, such as using CBDC for offline payments and cross-border remittances, the central bank pointed to performance issues with blockchain technology. .

Specifically, he found that the overall performance of the Ethereum-based blockchain was insufficient, including the scaling solutions and privacy technology tested.

“There will be certain limitations in real-time transaction processing during peak hours,” the Bank of Korea said.

One of its tests simulated peak demand by maintaining 4,200 transactions per second (TPS) for 30 minutes. At this level of activity, users sometimes had to wait up to a minute for a response (latency).

However, the system can handle an average TPS of 1,000, which is typical of many Korean micropayment systems, but not peak periods such as lunch hours or payment deadlines.

The scalability limitations of Ethereum are widely known and in response many Layer 2 scaling solutions have been deployed in the crypto industry, especially rollups. The Bank of Korea tried to use rollups with up to 700 transactions on each subnet. Rollups worked fine when both sides of the transaction took place on the same subnet. However, there were very significant performance issues when a large portion of the transactions were between subnets.

Another performance challenge related to the use of zero-knowledge proofs (ZKP). This technology can prove that someone owns the CBDC without exposing details of their identity data. The central bank found that using ZKP took up to 14 seconds per transaction. ZKP is also widely known to have performance issues, although some alternative approaches mitigate this in part. We don’t know which ones were used.

The bank also tested transfers between ledgers using different blockchain technologies for the purchase of non-fungible tokens and for cross-border CBDC remittances. He was using Hash Time Locking (HTLC) contracts and was happy with it. The cross-border CBDC was simulated with the United States and used commercial banks as intermediaries.

As previously reported, the central bank chose Ground X as the main technology partner for the simulations. Ground X is the web3 subsidiary of Korea’s largest social network Kakao and the founder of semi-authorized public blockchain Klaytn. Klaytn is based on Ethereum technology, and for its pitch it partnered with Ethereum development house ConsenSys, which is still involved in the project.

Next steps for the CBDC

The Bank of Korea presented its next phase of work which focuses on banks. For example, the ability to integrate the simulation system with banks’ internal systems. And to check performance when onboarding a large number of users. It creates a virtual private network to communicate securely with these intermediary banks.

Besides the pure technical aspects, he also plans to explore potential use cases and plans to involve other types of businesses in the simulations, such as credit card companies and securities companies.

The central bank also hinted at possible additional cross-border experiments. “We plan to cooperate with financial institutions and international organizations,” he said.

Meanwhile, various central banks around the world are making progress in their trials. The Monetary Authority of Singapore (MAS) and the European Central Bank (ECB) are separately starting to explore retail CBDC programmable monetary applications.

A new Mariana project, comprising the central banks of France, Switzerland and Singapore, will explore the use of DeFi for cross-border CBDC exchange. The New York Fed launched Project Cedar for faster currency settlement. And MAS announced the Ubin+ project for cross-border payments. All of these projects are wholesale CBDC projects.

Two of them, MBridge and Cedar, have created bespoke blockchains in part to address performance challenges.

Additionally, there is the Icebreaker project involving the central banks of Norway, Sweden and Israel to explore retail CBDC cross-border payments.