Keep in mind that monetary policy tightening and many “risky behaviors” around the world will continue to keep Bitcoin somewhat muted.

Bitcoin markets rallied a bit on Tuesday to show signs of life again. The $40,000 level sits above and is essentially in the middle of the overall consolidation zone the market is currently trading in. The $45,000 level above includes not only the high of the range, but also the 200-day EMA.

This is an area I think we could look to if we get some sort of higher push in bitcoin and crypto in general, but to be honest I don’t know what would move this market in that direction other than mere consolidation. Signs of exhaustion near this area would be a nice selling opportunity, and it’s not until we cross this threshold that I think we could see the market start to build momentum to go higher. At this point, I would suspect that the market would then turn towards the $50,000 level.

On the other hand, the $35,000 level offers some support, so if we break below this level, it opens the possibility of a move to much lower levels. I predict the next target would be the $30,000 handle, which contains a lot of psychology and historical action. If we break below, then the bottom will fall and it is likely that Bitcoin will drag the rest of the crypto down with it.

Keep in mind that monetary policy tightening and many “risky behaviors” around the world will continue to keep Bitcoin somewhat muted., because although it is considered “outside the system”, there have been many examples of how it really isn’t, and the bigger it gets, the more likely it is to become more mainstream. Additionally, Joe Biden is set to sign an executive order sometime next week that will have ramifications for the crypto markets, although we don’t really know what that executive order will be. It looks like governments are getting to regulate bitcoin at this point, so more likely than not, we’ll start to see bitcoin behaving like stock markets or other places where lots of money goes into a regulated situation. 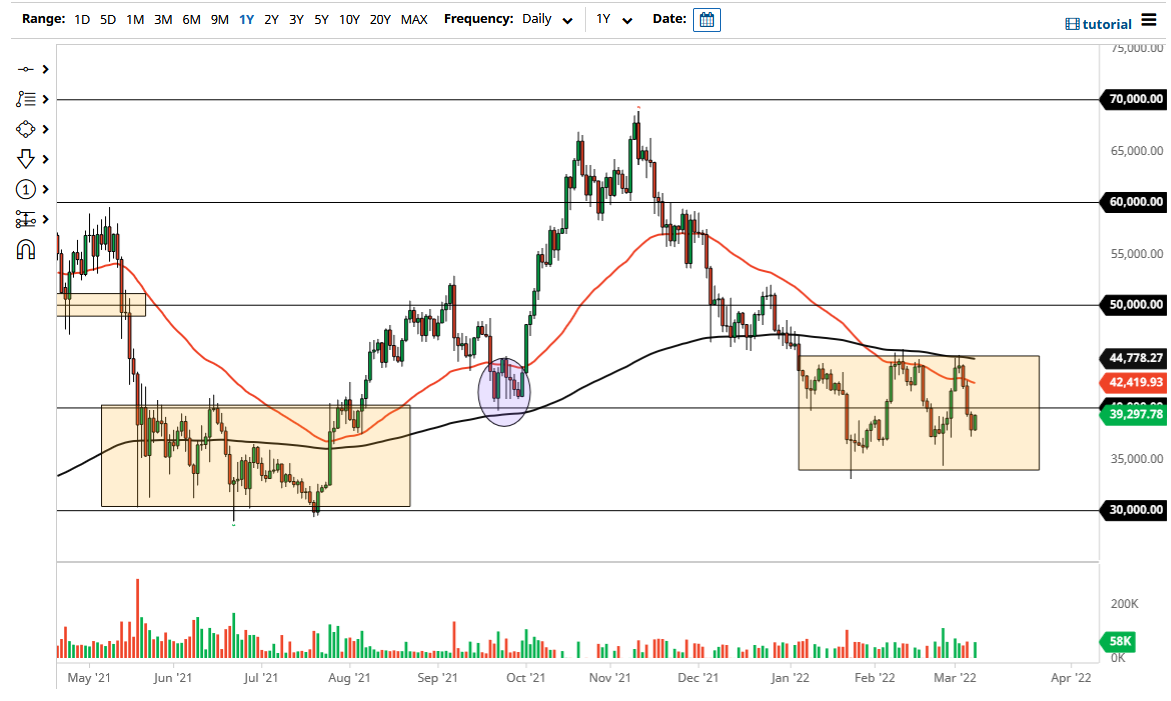 Week Ahead – Fed and BoE meet as inflation fears escalate