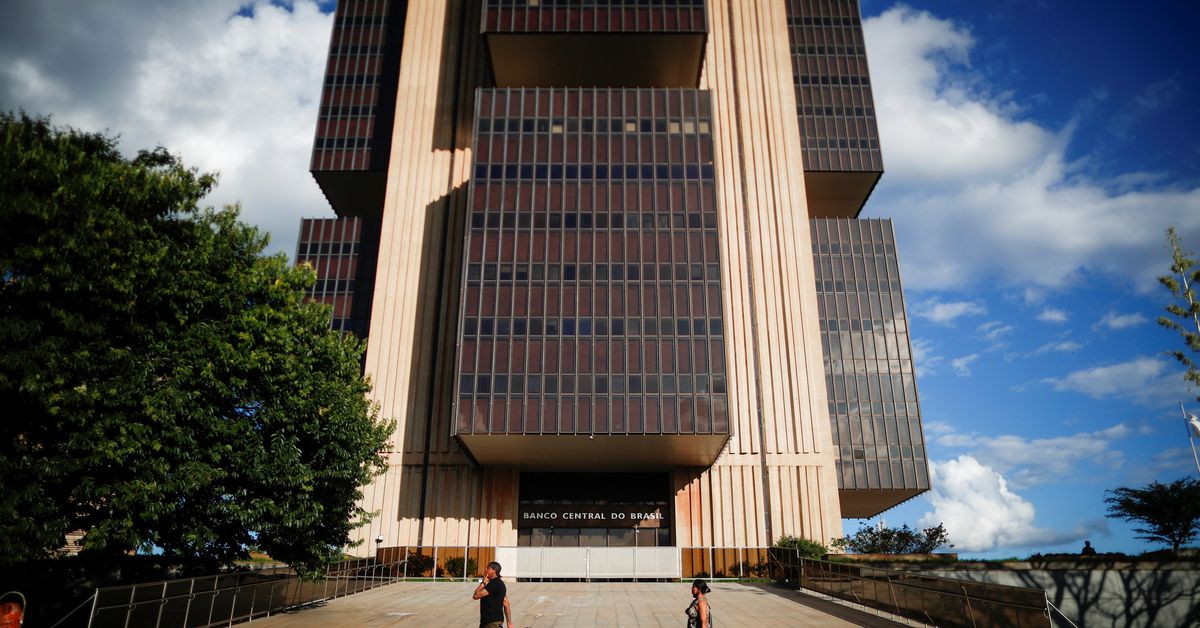 BRASILIA, Sept 26 (Reuters) – Brazil’s central bank said on Monday it would set a 0.7% limit on interchange fees for prepaid cards, which are offered by fintechs in free digital accounts, in a setback for the booming sector of Latin America’s largest economy. .

The central bank had put the issue out for public consultation last year, but its proposal suggested a maximum rate of 0.5% for debit and prepaid cards, which would be even more damaging for fintechs.

Bank debit card interchange fees, which currently must meet a joint weighted average calculation of 0.5% and a maximum value per transaction of 0.8%, will now only be capped at 0.5% per transaction.

An interchange fee is a charge that a merchant pays the card-issuing bank each time a consumer uses their card.

The changes will come into effect from April 2023 and will also standardize the settlement time for debit and prepaid card transactions.

According to the central bank, the changes “will increase the efficiency of the payments ecosystem, encourage the use of cheaper payment instruments, reducing the costs for stores to accept these cards”.

Banks had been urging the regulator to set a limit on interchange fees for prepaid cards on the grounds that there should be greater level playing field, especially after the dizzying rise of fintechs and their digital accounts.

There is currently no limit on the rate of prepaid cards, which is usually higher than that charged in transactions with debit cards, representing an important source of revenue for fintechs.

A study published this year by the Zetta association, which represents companies such as Nubank and Mercado Pago, estimated that if a 0.6% cap were in effect in 2021, fintech customers would have paid an additional 24 billion reais ( $4.51 billion) in service fees. .

Nubank said in a statement that interchange fees on prepaid cards accounted for 7% of its revenue in the year to June 30. If the changes had been in effect, his income would have been affected by 2.9%, he said.

In a note to clients, Citi said the new regulations should be negative for Brazilian payments company PagSeguro Digital (PAGS.N), whose shares were down 9.5% in midday trading. Shares of Nubank fell 2.3%, while those of Inter & Co (INTR.O) plunged 9.8%.