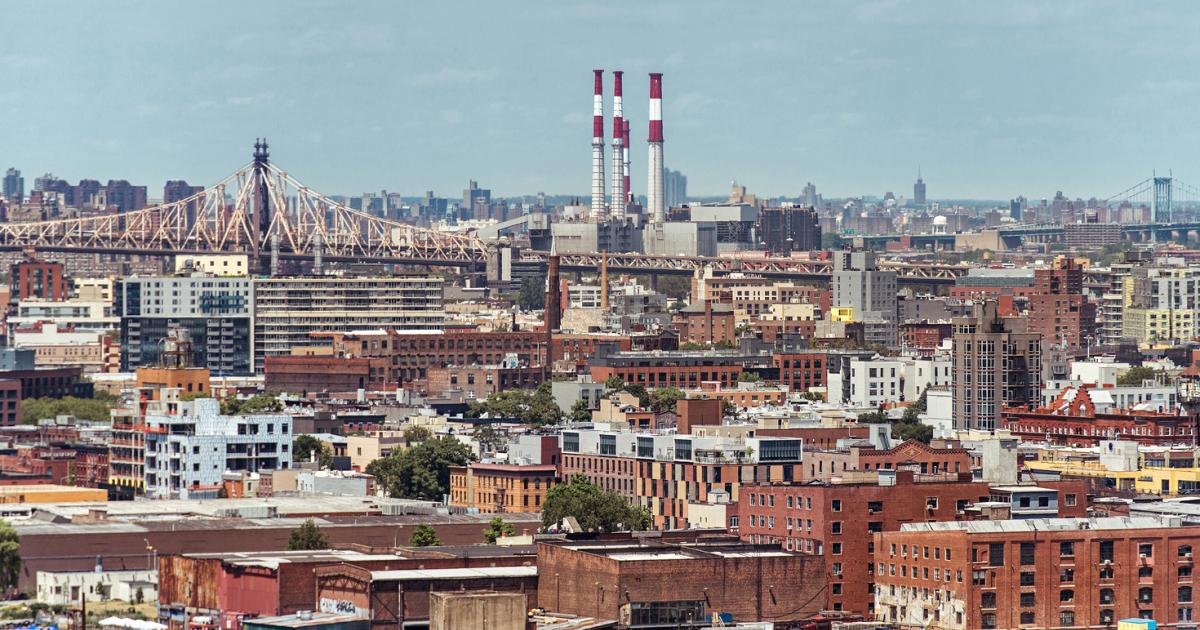 In 2008, as the big banks began to fail on Wall Street and real estate and stock markets collapsed, the country saw how crucial financial regulation is to economic stability – and how quickly the consequences can. spill over into the economy when regulators are asleep at the wheel.

Today, another economic risk is looming: climate change. Once again, the damage this will do to economies will depend very much on the reaction of financial regulators and central banks.

The impact of climate change on economies is not always obvious. Mark Carney, the former Governor of the Bank of England, in 2015 identified a series of climate change risks that could rock the financial system. Rising costs of extreme weather conditions, lawsuits against companies that have contributed to climate change, and declining value of fossil fuel-related assets could all have an impact.

Nobel Prize-winning American economist Joseph Stiglitz agrees. In a recent interview, he argued that the impact of a sharp increase in carbon prices – which governments charge companies for emitting climate-warming greenhouse gases – could trigger another financial crisis. , this time starting with the fossil fuel industry, its suppliers and the banks. who finance them, which could spill over into the economy as a whole.

Our research as environmental economists and macroeconomists confirms that the effects of climate change and some of the policies needed to stop it could have important implications for financial stability, if preventative measures are not taken. Public policies addressing, after years of delay, the fossil fuel emissions that are causing climate change could devalue energy companies and trigger a fall in investments held by banks and pension funds, as could sudden changes in consumption habits.

The good news is that regulators have the capacity to address these risks and clear the way to safely implement an ambitious climate policy.

First, regulators can require banks to publicly disclose their climate change risks and test their ability to manage the change.

The Biden administration recently introduced an executive order on climate-related financial risk, with the aim of encouraging U.S. companies to assess and publicly disclose their exposure to climate change and future climate policies.

In the UK, large companies are already required to disclose their carbon footprints, and the UK is pushing for all major economies to follow suit.

The European Commission has also proposed new rules for companies to account for climate and sustainability in their investment decisions across a wide range of sectors in its new sustainable finance strategy released on July 6, 2021. This strategy is being implemented. builds on a previous 2018 sustainable growth plan.

The impact of a sharp rise in carbon prices could trigger a new financial crisis.

Disclosure of carbon emissions is a crucial ingredient for “climate stress tests,” assessments that assess how well prepared banks are for potential shocks from climate change or climate policy. For example, a recent Bank of England study determined that banks were unprepared for a carbon price of US $ 150 per tonne, which would be needed by the end of the decade to meet the targets of the Paris international climate agreement.

The European Central Bank is conducting stress tests to assess the resilience of its economy to climate risks. In the United States, the Federal Reserve recently created the Financial Stability Climate Committee with similar goals in mind.

One such method is ‘green quantitative easing’, which, like the quantitative easing used in the recovery from the 2008 recession, involves the central bank buying financial assets to inject money into the economy. money in the economy. In this case, he would only buy “green” or environmentally friendly assets. Green QE could potentially encourage investment in climate-friendly projects and technologies such as renewables, although researchers have suggested the effects may be short-lived.

A second policy proposal is to modify existing regulations to recognize the risks that climate change poses to banks. Banks are generally subject to minimum capital requirements to ensure the stability of the banking sector and to mitigate the risk of financial crises. This means that banks must hold a minimum amount of liquid capital in order to be able to lend.

Incorporating environmental factors into these requirements could improve the resilience of banks to climate-related financial risks. For example, a “brown penalizing factor” would require higher capital requirements on loans to carbon-intensive industries, discouraging banks from lending to these industries.

If climate policy is implemented gradually, economic risks can be low and financial regulation can manage them.

Broadly speaking, these existing proposals have in common the objective of reducing economy-wide carbon emissions and simultaneously reducing the financial system’s exposure to carbon-intensive sectors.

The Federal Reserve began to study these policies and created an expert group focused on developing a weather stress test.

Often, policy making lags behind scientific and economic debates and advances. With financial regulation of climate risks, however, it is arguably the other way around. Central banks and governments are offering new policy tools that have not been studied for a very long time.

A few research papers published over the past year provide a number of important information that can help guide central banks and regulators.

They do not all come to the same conclusions, but a general consensus seems to be that financial regulation can help address the large-scale economic risks that the abrupt introduction of climate policy could create. One article found that if climate policy is implemented gradually, economic risks can be low and financial regulation can manage them.

Central banks will have a role to play as countries try to manage climate change in the future. In particular, prudent financial regulation can help avoid obstacles to the kind of aggressive policies that will be needed to slow climate change and protect the environments for which our economies were built.