The USD / INR remains in the vicinity of the higher prices it has been through in recent days and its recent consolidation may signal further action.

The Rupee has been extremely popular lately – don’t miss out on these great opportunities!

USD / INR has produced a narrower range over the past two days and is in the higher areas of its short-term range. Having peaked near 73.8700 on the 9the September and then experiencing a strong downward reversal, the USD / INR has since gradually added value after falling to a low of around 73.3600 on the 10the September.

Currently, the USD / INR is hovering near the 73.6400 level with a natural cycle of minor reversals underway. Short term support near the 73.6000 level may be important, but it can be a false flag and actual key support is more likely near 73.5800. If these conditions start to be tested, it could mean that some bearish pressure may be showing. A low of near 73.5200 was seen early yesterday.

Technically, the rather consolidated USD / INR range correlates quite well with the mood of major global markets. Nervousness continues to show signs of rising over the past couple of weeks, especially in the indices as they fail to progress steadily and in fact encounter headwinds. If these conditions continue to create a cautious approach, it could impact Forex and USD / INR, meaning the pair could see some safe-haven buying demonstrated.

The current resistance of the USD / INR is near the 73.6700 mark and, if this weakens and the 73.7000 level starts to see a challenge, it could indicate that further bullish momentum is potential for the USD / INR. . Yesterday’s trading peaked near 73.7300 and this ratio could become a target for ambitious speculators who have the capacity to let their positions work. However, if a trader wishes to pursue the higher resistance levels within the USD / INR, he should be prepared to eventually hold his positions overnight.

The USD / INR, via its mid-term charts, is actually staying in bearish territory, but recent trading has certainly produced a slightly higher rise which could shake the sentiment of speculators who still want to sell. The short term for the USD / INR may prove to be volatile and if consolidated trading persists and a feeling of nervousness manifests itself in global indices, technically the Forex pair may continue to test higher values. 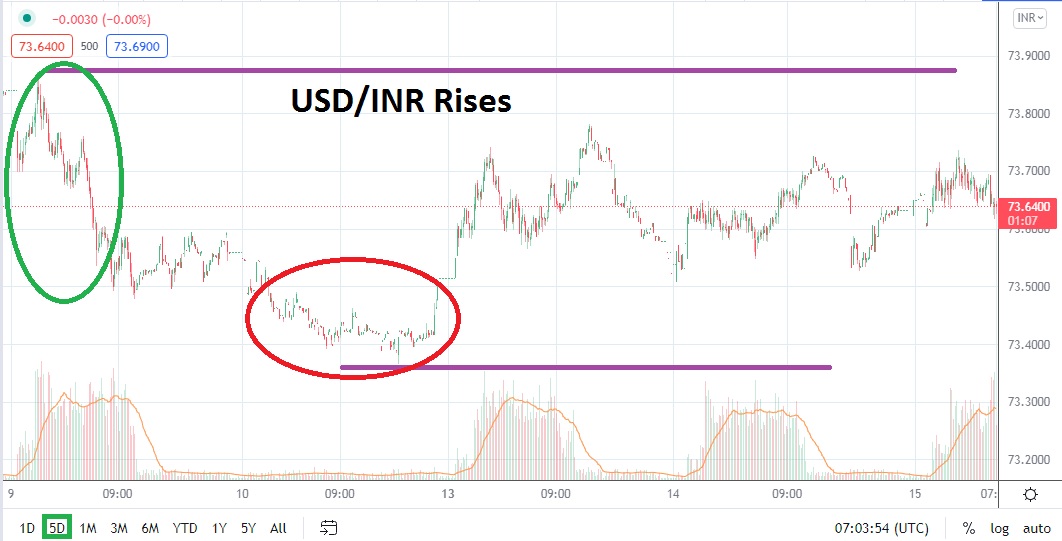 The short term bias is bearish, but technical confirmation is needed