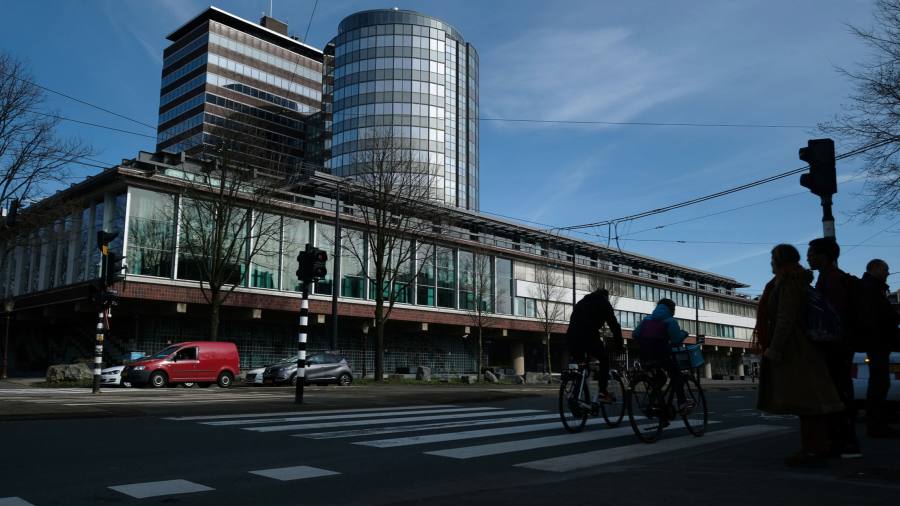 The Dutch central bank is calling on the country’s pension funds to consider bolstering their holdings of cash and other liquid assets to ensure they can avoid the turmoil that has hit the UK.

The move comes as UK pension schemes rushed to sell assets in response to a drop in public debt prices that triggered collateral calls in hedging strategies, following the unfortunate ‘mini’ budget of Westminster.

So far, the risk for the Netherlands – the EU’s largest pension market – is deemed manageable. But the DNB’s cautious approach underscores how the end of the era of cheap money and low interest rates demand a fresh look at the inner workings of financial systems around the world.

“What we are seeing at the moment is that financial institutions are essentially coming to the assessment that the period of low and structurally falling interest rates combined with low volatility is over,” said Lex Hoogduin, professor at the University of Groningen and former board member of the Dutch central bank.

France’s central bank chief also warned in an interview with the FT this week that the recent turmoil in the UK bond market illustrates the “vicious loop” governments face if they undermine rate regulators’ efforts to rein in the surge in inflation.

The occupational pension market in the Netherlands accounts for nearly 70% of all euro area pension fund assets, and the Dutch system shares many similarities with the UK, including large defined benefits, where schemes undertake to pay retirees a fixed amount based on their salary and seniority.

Few other EU countries have such large DB pension schemes, with France, Germany, Italy and others relying instead on government pay-as-you-go systems, where pension benefits are paid solely from employer and employee contributions.

Many Dutch pension funds have also been using open derivative contracts for many years to help them match their assets to their liabilities and to hedge against changes in interest rates. Overall, Dutch pensions accounted for four-fifths of the derivatives of all eurozone pension funds, according to EU regulators.

These contracts are sensitive to daily market price movements and must be backed by a margin, a type of insurance, to cover the risk that part of the transaction will default.

“Some [commercial] advisors suggest increasing their liquidity buffers to cover this risk. But so far there is no panic selling, unlike in the UK,” said Bas van Zanden, senior analyst at Dutch lender Rabobank.

Rising yields are generally positive for pension funds, but volatile movements in global bond markets mean Dutch funds have also contributed €82bn to margin calls this year to keep positions open, according to central bank data. The requests were the most important calls of the last three years.

Derivatives used by repos are generally linked to the Euribor interbank rate, which has been less volatile than market prices for UK gilts. Analysts at Swiss bank UBS said in a recent note that the difference allowed the Dutch regimes “to generate cash rather than engage in a fire sale”.

“Dutch pension funds have diversified their investments more, as they face no currency risk within the Eurozone, and the Eurozone government bond market is much deeper. [than the UK’s]”, said Node. The 1.4 billion euros of assets managed by Dutch pension funds are almost as large as the British sector, but the UK government debt market, at 2.1 billion pounds sterling , is well below the total outstanding sovereign debt of the euro zone at 9.7 billion euros.

Knot reported that liquidity requirements in the Netherlands are stricter than in the UK, which does not have equivalent requirements for pension funds.

The Dutch central bank requires pension funds to file quarterly reports showing whether they have enough cash and liquid assets to withstand a 0.5 percentage point rise in Euribor 48-hour rates or a rise by 1 percentage point over three months. Many have extra buffers on top of that, and none have exceeded these limits in recent weeks.

According to actuarial consultancy LCP, many UK pension funds have used Liability Driven Investing (LDI) strategies to hedge 85% of their interest rate risk, making them the main source of margin calls.

But LDI strategies are only used by a tenth of Dutch pension funds – and most of these are smaller schemes. Dutch pension funds also only hedge around 40% of their interest rate risk. By comparison, UK funds’ hedge levels were around twice as high in 2020, according to UK industry estimates, leaving them more exposed to margin calls when rates rise.

However, a more severe stress test of the use of interest rate swaps by Dutch pension funds by the European Central Bank in 2020 found that if bond yields jumped one percentage point in a single day , this would require them to post up to €47 billion in additional collateral and result in a cumulative cash shortfall of up to €15 billion.

Moreover, the calls are said to be highly concentrated, with 61% of the overall cash shortfall being attributed to ten pension funds.

The ECB found that 96 percent of Dutch pension funds could cover this by using highly rated government bonds as well as cash to meet margin calls. They can do this because most of their interest rate swaps are done bilaterally with banks and other institutions rather than through central clearing houses, as is the case in the UK. which imposes stricter rules.

Matthies Verstegen of Pensioenfederatie, the Dutch association of pension funds, said its members were “much less likely to trigger the feedback cycle” that has caused unrest in the UK. But he said they were “reviewing what has happened in the UK and recalibrating their cash management if necessary”.

Verstegen added that there was “an urgent need to improve access to intraday liquidity”, which had been squeezed by “post-financial crisis margin rules” and a lack of capacity in repo markets, on which the bonds can be converted into cash.