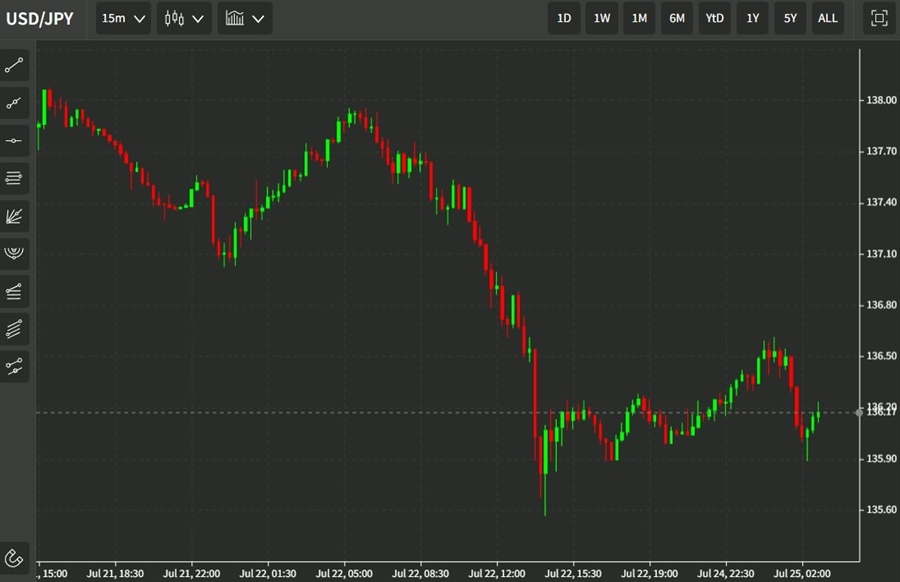 End Of ForexLive Asia-Pacific FX News: Watch For The Bank Of Japan Press Conference Ahead

As a headline on what lies ahead, there is a potentially interesting press conference coming from the BOJ at 08:00 GMT.

Takata has raised questions about the damaging effects of years of monetary easing and has written a book on how to get out of accommodative politics. There is more to the points above.

News flow was light over the weekend and into the opening of the week here in Asia.

The data feed sucked, there was nothing relevant to major exchange rates on the data calendar.

The week opened with a bid for the US dollar across all majors. USD/JPY moved to mid-136 (slightly above 136.50) before falling (briefly) below 136.00. The decline in USD/JPY was accompanied by a broader loss in USD, but the decline in USD/JPY was more noticeable. News from the BOJ press conference played a part in this. As I noted in a previous post, Takata will also be worth listening to, if he airs his views on bak numbering on the BOJ’s ultra-loose policy. And, he then follows up at a board meeting, he’s likely to disagree, maybe in a minority of one. Still, it’s worth keeping an eye out for this upcoming presser.

4 Ways to Protect Your Education Abroad Budget Against Rupee Falls