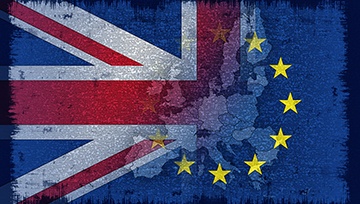 It’s a bleak day in the FX markets for the British Pound and Euro, with EUR/USD and GBP/USD rates hitting new yearly lows during the session. Senior Strategist James Stanley discussed euro malaise this morningwhile last week we discussed how the UK is facing stagflation problemswhich weighed on the pound sterling.

A reborn American dollar before Federal Reserve’s Jackson Hole Economic Policy Symposium is partly to blame, but the fact is that the problems with the pound and the euro are perhaps more closely linked to what is happening in the energy markets and the crisis that is rapidly unfolding before the winter months.

Wherever you look, energy prices in Europe are skyrocketing. The European benchmark – the Dutch TTF – and UK natural gas prices have reached (or are reaching) historic highs: 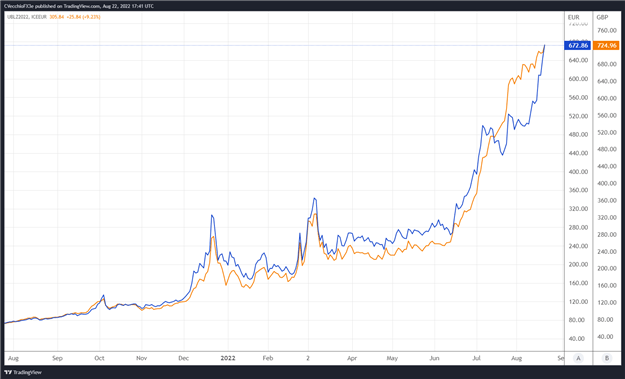 Climate change could be to blame, as record high levels of major European rivers – the Thames in the UK, the Rhine in Germany – reduce available hydropower as well as access to water for cooling nuclear center. In October 2021, we discussed how climate change and mitigation efforts could exacerbate energy supply problems.

But Russia’s invasion of Ukraine is also to blame, with the tit-for-tat response to the vast western sanctions back to the fore amid an announced unexpected shutdown of Nordstream 1 from August 31 to September 2.

Regardless of what happens with the Bank of England and the European Central Bank, the British Pound and Euro are likely tied to what happens in energy markets for the foreseeable future. On days like today, when natural gas prices in the Netherlands and the UK rise, it will be bad news for the two major European currencies.