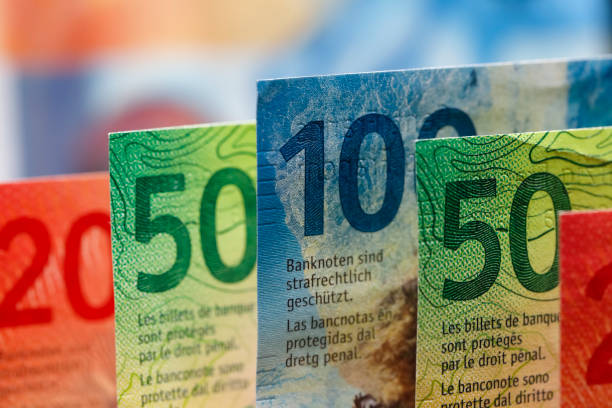 Welcome to Forex Friday, a weekly report where we discuss selected currency themes primarily from a macro perspective, but we also add a dash of technical analysis here and there. In this week’s edition, we discuss the Japanese yen and Swiss franc after central banks in Japan and Switzerland were surprised – with one choosing to remain the odd one out and the other joining a growing list of central banks. trying to fight inflation by tightening its belt.

On Thursday, we argued for the Bank of Japan to change its monetary policy as it became difficult, in our view, for it to remain the only central bank still trying to suppress yields. It was time for it to join the global battle against inflation, as the SNB did on Thursday and others have done before. But no, the BOJ decided to leave its current monetary policy stance unchanged, causing the yen to give up nearly all of the gains it had made over the past few days in anticipation of a surprise.

It seems that the Japanese central bank is more concerned with growth than with overshooting inflation. The weakening of the yen will certainly increase inflation in Japan, but it will make its exports attractive to foreign buyers.

The BoJ had long ago decided that the yen would suffer. But few expected the central bank to continue reversing the trend after the yen’s sharp depreciation in recent months.

Instead, and despite other major banks moving in the opposite direction, the BOJ kept interest rates ultra-low, and Governor Haruhiko Kuroda reiterated that the BoJ was not considering a change in policy and that “the control of the yield curve does not reach a limit.”

Thus, it is back to square one and the yen will likely lose further ground as a result, as the rate differential with other economies continues to widen.

Will the market believe that the BoJ will continue to apply an ultra-accommodative policy in this macroeconomic environment? That remains to be seen. It is also possible that we will see government intervention if the yen weakens further.

In the slightly longer-term outlook, interest rates will likely rise in Japan anyway. A weak currency means Japan will continue to import inflation, especially as oil prices remain high after soaring in recent months. Should price pressures increase further due to a weak exchange rate for an extended period, the BoJ will eventually have to tighten its belt more aggressively.

The SNB stole the show

In what was to be a side show sandwiched between the FOMC and the BOE, the Swiss National Bank’s interest rate decision meeting stole the show. He raised interest rates for the first time since 2007 not just by 25 basis points, but by 50 basis points and did not rule out that there could be further interest rate increases at come. With the SNB declaring the franc no longer overvalued, we saw a strong rally in the CHF across the board.

Naturally, one of the currency pairs to watch following the divergence of the monetary policies of the two central banks is the CHF/JPY. This pair had previously trended higher, but following this week’s action, it hit a new high above last week’s high of 137.80. This level is now going to be the key support to watch for a potential downside.

As it stands, it looks like CHF/JPY is heading towards 140.00 and beyond.

In light of the SNB’s surprise decision, USD/CHF may continue to decline. It will need to break THIS trend line around 0.9640 to trigger a new technical short:

Another pair to watch is EUR/CHF, after the SNB’s surprise 50bp rise and the Euro’s ongoing problems with a lack of economic growth, high inflation and the absence of any recovery program. major anti-fragmentation support from the ECB. The EUR/CHF breakdown below 1.0220 means we now have a lower low after a series of higher lows. The 200-day average also acted as resistance. Both the long and short term trends are therefore down. The next targets are at 1.0100, followed by parity.