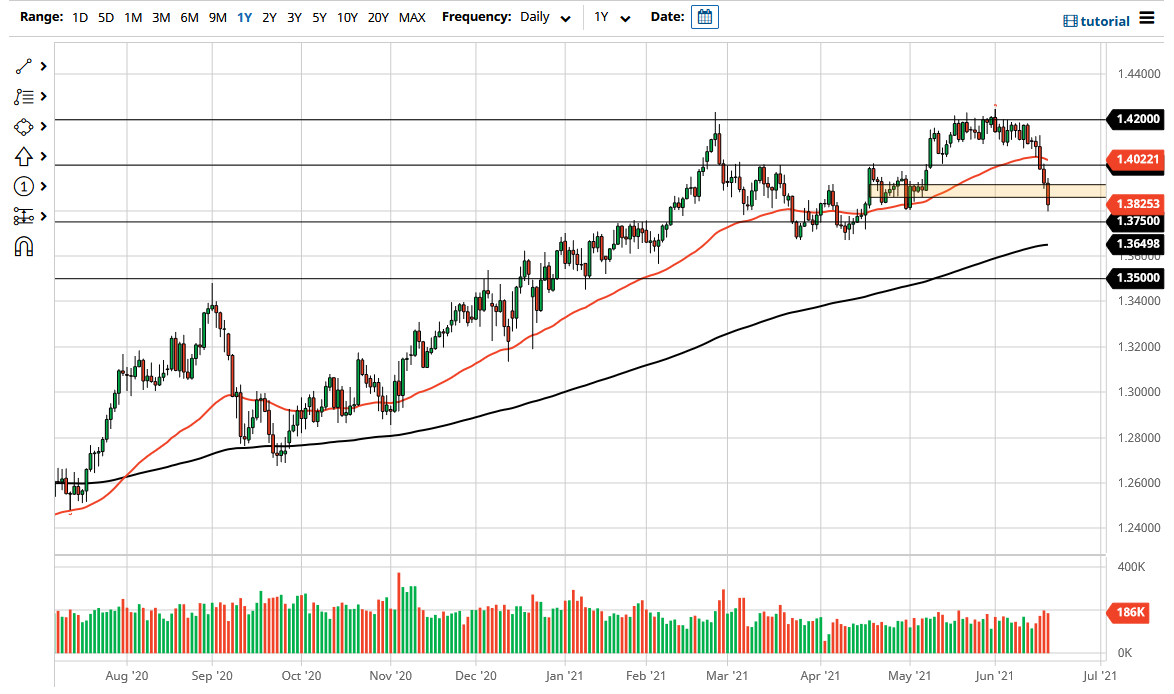 I think the next day or two is going to be crucial for the long term trend.

Sterling was hammered again in Friday’s trading session as we continue to see a lot of negativity overall. That being said, the market will likely have to make a bigger decision soon rather than just blindly selling. The Federal Reserve suggested that they would start “thinking about thinking about the cut,” which freaks people out as the markets are so used to the Federal Reserve flooding the market with dollars.

It was an overbought market initially, so it would make sense to see a pullback. I think we needed to see this pullback, so the question now is whether the support just below will hold up or not. I think it may be interesting to watch this today, as traders will have had the weekend to reflect on the situation. After all, even though the Federal Reserve has suggested it might hike rates in 2023, it’s far from here and it’s huge to think the Federal Reserve actually knows what it’s talking about at this point. Historically speaking, almost every time they start to raise rates, they come way too late in the cycle and have to turn around and lower them almost immediately.

If we fall below the 1.37 level and the 200 day EMA, it will technically end the uptrend for this pair. On the other hand, if we remove the high of the candlestick for Friday’s session, then there is a possibility that we will bounce towards the 1.40 handle, which would then be a signal that we could seek towards the 1.42 level if we can. continue to climb higher.

I certainly think we’re looking at a scenario where people are going to have to think about the likelihood of a decrease, and we’ll be held hostage by various statements from members of the Fed. St. Louis Fed Governor James Bullard mentioned the possibility of a tightening late next year as North American trade began, which was part of what really accelerated the strength of the American dollar. I believe the next day or two is going to be crucial for the long term trend.

Technical outlook for Dow Jones and Nasdaq 100 continues to diverge