I think gold continues to be a major headache for many traders right now, but it is clear that the easiest path has been down for a while.

Gold markets slumped slightly on Tuesday to cross the $ 1,740 region, an area that has been favorable for some time. In doing so, it suggests that there is a lot of weakness in the gold market going forward, which makes sense given that yields have been rising so rapidly in America. At this point, it is very likely that this rebound in yields will continue to work against gold overall, as the cost of storage is rather prohibitive when it comes to owning gold. In addition, the market should pay close attention to the US dollar itself, as a rising dollar also tends to work against gold.

I don’t like buying gold at this point, at least not until we can get past the neutral candlestick that formed in the middle of last week. This means that the market not only needs to recover from here but also needs to break above the $ 1,787 level for me to consider going long. At this point, I just don’t trust the market enough to think that we’re just going to go higher without any issues, so even if we come out of a rather bullish move, I think we have a lot of work to do. . The US dollar would have to be absolutely crushed for this to happen, and yields would have to fall quite drastically. I think gold continues to be a major headache for many traders right now, but it is clear that the easiest path has been down for a while.

If we fall below the candlestick low for Tuesday’s trading session, then it is very likely that we are looking to the lows of the $ 1,680 level below. This is an area that has enjoyed massive support for quite some time, and I think it would be crucial to fall below that level, as that would pave the way for a fairly rapid drop down to the 1,500 level. $. Obviously that would be a big step, and it is possible that we would see a market collapse at that point. On the other hand, if we were to turn around and rally, I think it will be more or less a “higher grind” than anything else. 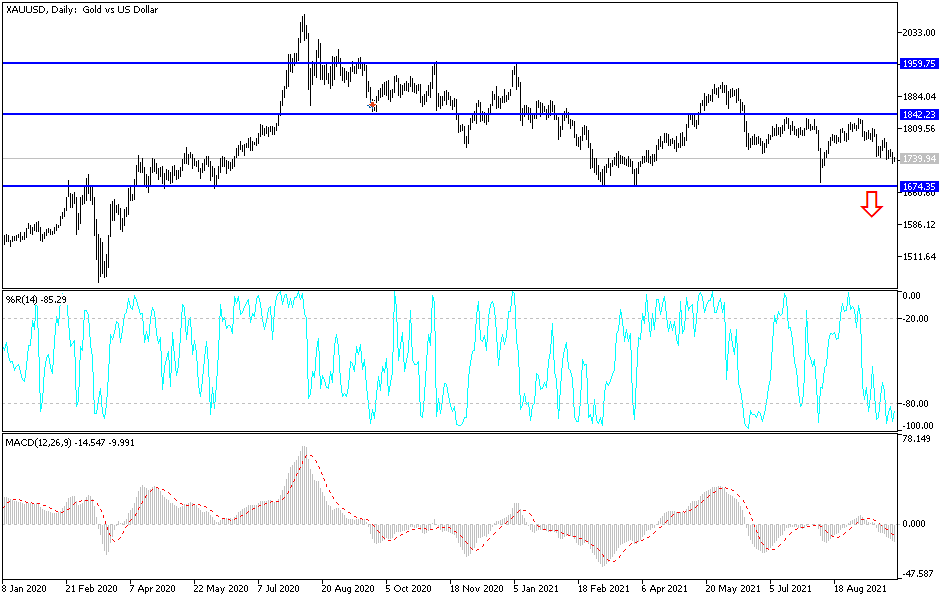