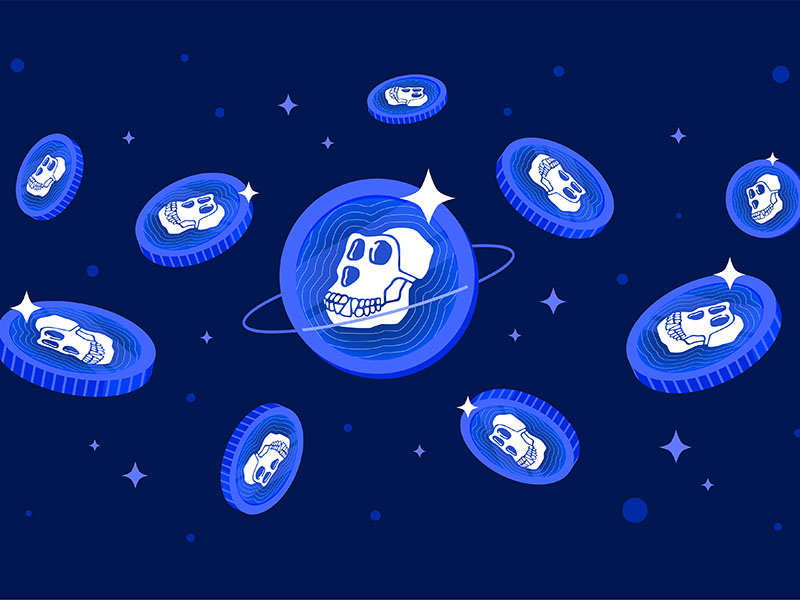 Gucci, the famous Italian fashion house, announced on Twitter that ApeCoin will now be accepted for purchases at select stores in the United States. ApeCoin is one of Bored Ape Yacht Club’s most famous crypto assets.

On August 2, the luxury fashion brand announced on Twitter: “Now accepting @ApeCoin payments via @BitPay, select Gucci stores in the US are expanding the range of cryptocurrencies available for in-store purchases, a new milestone in the Maison’s exploration of Web3.”

Gucci will be the first retailer to accept ApeCoin (APE) payments via BitPay. BitPay is the largest bitcoin and crypto payment service provider in the world. BitPay is increasing the number of supported crypto assets it accepts for payment in its US locations with this move. In the BitPay Wallet app, customers can buy, store, trade and spend ApeCoin (APE) and Euro Coin (EUROC). Companies that use BitPay other than Gucci can now accept ApeCoin and Euro Coin as payment methods from any crypto wallet.

BitPay CEO Stephen Pair said in a statement, “We added ApeCoin and Euro Coin because our luxury merchant partners’ customers asked for it… They asked for it and we delivered.”

Additionally, after Gucci’s announcement, ApeCoin took to its official Twitter account to build the hype, “Excited to announce that @Gucci will become the first major brand to allow customers to pay for in-store purchases with ApeCoin, via @BitPay.”

This isn’t Gucci’s first foray into the world of Web3. The fashion brand made an NFT video of her Aria fashion collection, which sold for $25,000 at Christie’s Proof of Sovereignty auction in 2021. She launched her own 10KTF: Gucci Grail Mint Pass collection in March 2022. She allowed holders to create custom NFT profile pictures. or PFP outfits based on 11 of the most popular NFT projects at the time. Prior to ApeCoin, Gucci accepted 12 crypto assets as payment methods in 111 North American stores. Bitcoin Cash, Bitcoin, Ethereum, Wrapped Bitcoin, Litecoin, Shiba Inu, Dogecoin and five stablecoins pegged to the US dollar are among them.

As a result of this news, the price of the latest Bored Ape Yacht Club NFT collection has increased.

Despite growing bearish sentiments in the crypto market, ApeCoin is now trading above a critical support level. According to experts, the market value of ApeCoin would increase by 50%. TAG Heuer joined Gucci in welcoming payments into the APE token with its own tweet. The Swiss watchmaker has already integrated Bored Ape’s NFTs into the design of its Caliber E4. It will now be possible for customers in the United States to purchase watches using APE.

Shashank is the founder of yMedia. He ventured into crypto in 2013 and is an ETH maximalist.