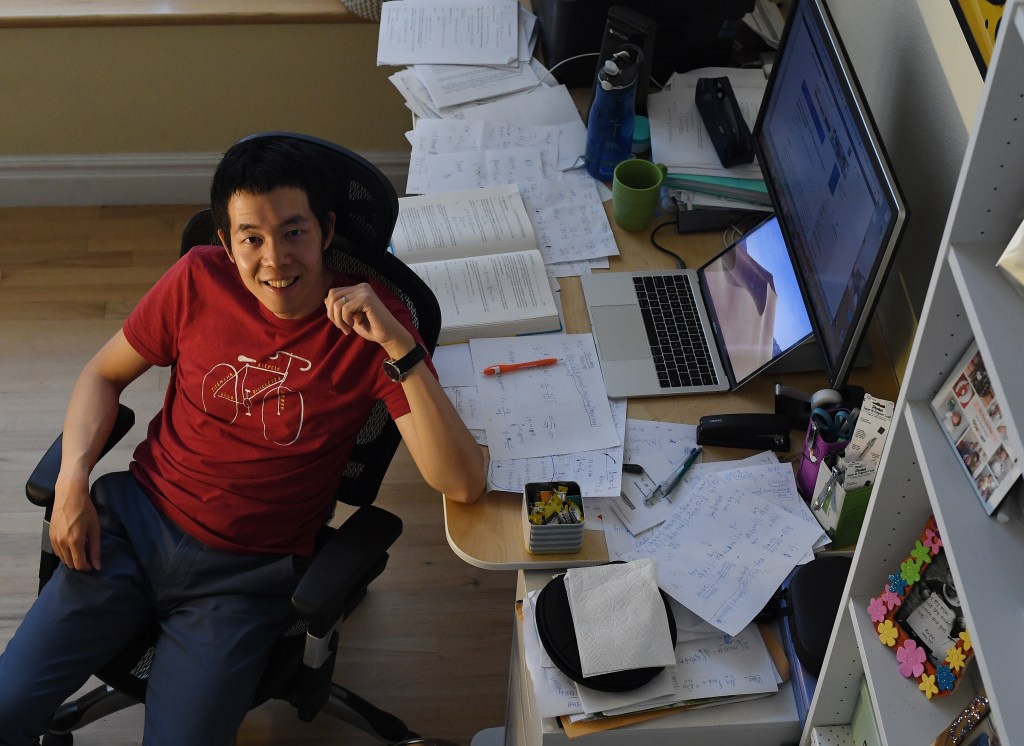 The problem: About 750,000 Colorado residents are struggling with nearly $ 28 billion in student loan debt, according to the state attorney general’s office.

One solution: ask local mathematicians how to pay off debt in the most cost effective way.

Yu-Jui Huang, assistant professor of applied mathematics at CU, collaborated on a study with Paolo Guasoni, director of mathematical sciences at Dublin City University in Ireland, to find the best way for borrowers to repay student debt forever growing. Saeed Khalili, CU research assistant in the mathematics department, supported the study, which was published in the Journal of the Society for Industrial and Applied Mathematics this year.

Of the 750,000 Coloradians burdened with student debt, more than 100,000 are in default and not repaying their loans, said Kelsey Lesco, Colorado’s student loans ombudsman with the state attorney general’s office.

“We often think of student debt as just a financial problem, but it’s a human problem,” Lesco said. “People are not just in debt. They are delaying the marriage. They cannot have children. They are not able to pass a credit check to get a job. It is a huge problem.

Huang and his colleagues used mathematical modeling to calculate the most profitable strategy for paying off student loans. Guasoni, from Italy, and Huang, who grew up in Taiwan, said they came from countries where student debt is virtually non-existent. Seeing the university debt burden increase in the United States is of interest to the two mathematicians, they said.

Student loan debt in the United States topped $ 1.7 trillion in 2021, eclipsing auto loans and credit cards among the financial burdens weighing on tens of millions of Americans, according to Federal Reserve data. This debt has a ripple effect, forcing borrowers to delay buying a home and starting a family.

Guasoni and his team set to work to fill the information gap.

They found that income-based repayment plans, options that set your monthly federal student loan payment based on income and family size, are not always in the borrower’s best interests.

“The optimal strategy for some borrowers is to repay a large amount early in the loan term and postpone joining an income-based repayment plan to a later date,” Guasoni said. “This is a simple change in strategy, but just like renewing a mortgage for a lower interest rate, it can make a huge difference, resulting in tens of thousands of dollars. savings over time.

This option is most beneficial for students with large loans, said Huang, such as those with advanced degrees in programs like dental, medical or law schools which tend to have more than $ 100,000. of debts.

Various loan cancellation programs are also available, promising to write off the remaining balance on eligible loans if borrowers meet certain conditions and make consistent payments, but Guasoni said at the time the government cancels loans – sometimes decades after graduation – the balance may increase to over $ 1 million in compound interest and will be subject to income tax over 40%.

“The year your student loan is canceled, you actually have to pay taxes as if you received the canceled amount as income that year,” Guasoni said. “If you let your student loan increase over time, the amount you are going to owe in taxes is so important that you would have been better off paying off the loan faster to get started. For large student loans, these fees can run into the hundreds of thousands of dollars. “

The exact calculation that allows borrowers to plug in the terms of their loan can be found in the journal article.

The formula uses the loan term, the tax rate, the student loan interest rate, and the borrower’s next most expensive loan interest rate to calculate a number. If the number is negative, mathematicians suggest signing up for an income-based repayment plan immediately. If it is positive, it is the number of years to wait before signing up for a plan, with the understanding that the borrower must repay as much as possible in the meantime.

As an example, the researchers considered a dental school graduate with a debt of $ 300,000 at the usual interest rate of 7.08%. Maintaining maximum payments based on an assumed starting salary of $ 100,000 to pay off the loan as quickly as possible results in an overall loan cost of $ 512,000, the researchers found. Enrolling in an income-based repayment plan immediately to keep payments lower results in a total loan cost of $ 524,000 when taxes on the forgiven amount are accrued. Using the formula suggested by the researchers, the lowest total loan cost is $ 490,000, a saving of $ 34,000.

Huang noted that if a student loan is less than $ 50,000, it is probably more profitable to delay enrolling in an income-based plan, if possible.

Megan Smith, a physiotherapist from Denver, said she owed more than $ 100,000 in student loans after earning her undergraduate degree in Minnesota and her doctorate in physiotherapy at the University of Colorado Medical Campus at Anschutz in 2016 .

“It’s an incredible and almost unreal amount of money,” Smith said. “When you’re younger, the student loans you accept look like fake money. It doesn’t really record what this will entail. You just sign up for them to take the next step to go to college.

Smith pays over $ 500 a month for his student loans through the Income Based Payment Plan. Without this plan, she said, her monthly payments would exceed what she pays in rent.

“I’m not even paying enough to make a dent,” Smith said. “I owe more now than when I graduated. “

Thomas Hernandez, acting executive director of financial aid and scholarships at Metropolitan State University in Denver, would like to see more financial education at the high school level. In the meantime, he said it was imperative for colleges to educate students about their financial aid, especially at institutions like MSU Denver, where so many students are first-generation students.

Any student who borrows a federal loan should take a counseling course at MSU Denver to help them understand what they’re signing up for, and the institution also runs financial literacy classes throughout the year.

The state also encourages borrowers with questions or concerns about their student loans to contact Lesco and his colleagues at state attorney general’s office.