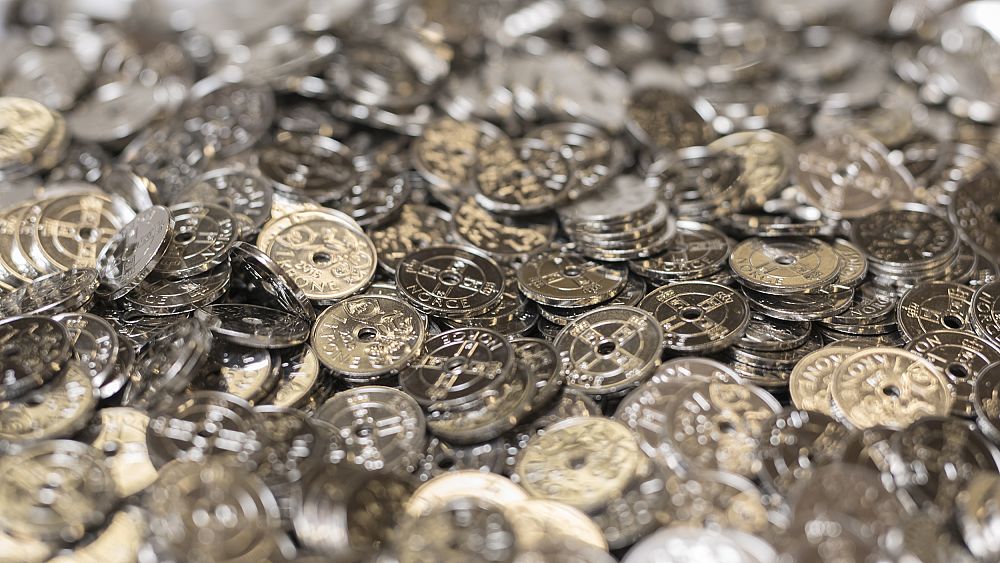 A cashless society may not seem so far in the distant future. But current digital alternatives such as cryptocurrencies have proven volatile, while other blockchain assets, non-fungible tokens (NFTs), have fallen out of favor since their hype.

A different approach to blockchain payments is gaining traction around the world. Central Bank Digital Currencies (CBDC) are more stable, but unlike cryptocurrencies, they are centrally controlled by governments, specifically central banks, and are not considered a way to invest money.

Although CBDCs and cryptos like Bitcoin may share the same blockchain technology, the biggest difference is that CBDCs are centralized and traceable, unlike cryptos.

Several countries have launched their own CBDCs, such as Nigeria in 2021. In the Eurozone, the digital euro is in the development phase, and elsewhere in Europe, Norway is in the testing phase.

“The motivation for undertaking the study of the CBDC lies in the mandate of Norges Bank, in particular, our task to promote an efficient and secure payment system. Of course, a payment system that works well in the national currency is also important for monetary and financial stability,” said Torbjørn Hægeland, executive director for financial stability at Norway’s central bank, Norges Bank.

“In this context, the decline in cash usage and other structural changes in the payment system are the main drivers of the project,” he told Euronews Next.

Another reason to explore CBDCs, he said, is public access to credit-risk-free assets or a means of payment – and a contingency “if the electronic payment system goes down at the least as a last resort”.

The Norwegian CBDC project has been in the works since 2016, but there is no guarantee that it will actually be launched.

Hægeland said this experimental phase of testing and analysis will last until June 2023 and “will form the basis of our recommendation on how we should then move on to a possible next phase from next summer.”

The next phase would be to issue a recommendation on whether CBDCs are worth testing as a prototype. But Norway is also exploring cross-border CBDCs.

On September 28, the central banks of Norway, Sweden and Israel announced that they are partnering with the Bank for International Settlements (BIS) to explore CBDCs.

The project will address needed technology and policy issues and aims to improve cross-border payments by reducing costs and improving speed.

If CBDCs are the future of payment and they succeed, it will benefit everyone, Hægeland said.

“Cash contributes some valuable features of the payment system that benefit everyone – even if some use it more intensively than others. The possibility of independent payment is important. And the potential access to a payment alternative without credit risk usable by all ensures confidence in the payment system.

“We are analyzing whether the introduction of a CBDC as a complement to cash can ensure the continued existence and further development of these features,” he said, adding that the introduction of CBDC should not fundamentally change or erode the business model or the role of banks in providing credit.

How would CBDCs be regulated in Norway and will they be stable?

“Central bank money issuance, whether cash, CBDC or reserves held by banks, is regulated by the Central Bank of Norway,” Hægeland said.

“The CBDC as a means of payment would move into a payment solution that would have connections to other parts of the payment system.

“Norway is regulatory bound by the EEA Agreement and must comply with the fundamental principles of this agreement and EU rules for the internal market”.

While the central bank would be responsible for ensuring the CBDCs, third parties might need to be used to create the user interface, which would be covered by the EU Payment Services Directive and other types of regulation. Hægeland said.

Financial stability is at the heart of central banking and therefore testing a CBDC system is not an area where you can move quickly and break things, as it can be complicated to clean up.

“The consequences of a CBDC depend very much on the design. Getting the design right is basically the main challenge of the project if Norges Bank and the political authorities decide to go ahead with the introduction of a CBDC,” said Hægeland.

“The CBDC is not an end in itself. The aim is to ensure an efficient, safe and attractive payment system in Norwegian krone also in the future,” he added.