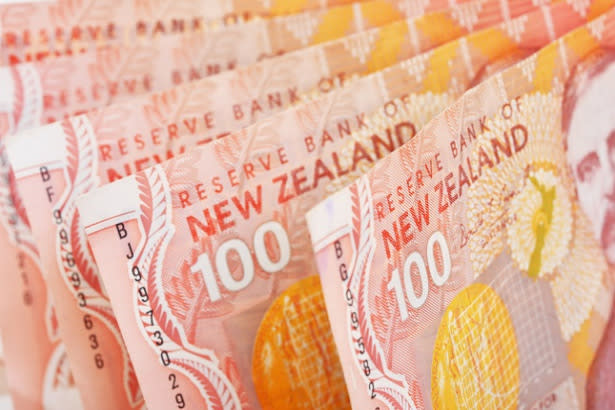 Despite today’s early rally, the near-term outlook for the US dollar has remained bullish, meaning any gain from the kiwi is likely to be capped.

Squaring positions shouldn’t come as a major surprise, as many major players are standing on the sidelines ahead of the central bankers summit in Jackson Hole, Wyoming, August 26-28. Traders are hoping the Fed will clarify its plans to cut bond purchases before the end of the year.

The main trend is down on the daily swing chart, however, momentum has shifted higher with confirmation of Friday’s closing price reversal low. The move will not change the main uptrend, but it could trigger the start of a 2-3 day countertrend rally.

A trade up to .6806 will cancel the reversing low in the closing price and signal a resumption of the downtrend. The main trend will change upward on a move to 0.7086.

The minor trend is also downward. A trade up to .7062 will change the minor trend upward. This will confirm the change in momentum.

The first bullish target is a long-term Fibonacci level at 0.6924. This is followed by a minor pivot at .6948. Both levels are potential resistance.

A sustained move above .6845 will indicate the presence of buyers. If this move is able to generate enough momentum in the short term, then expect the rally to eventually expand to 0.6924 – 0.6948.

A sustained move below .6837 will signal the presence of sellers. The first target on the downside is the new minor low at 0.6806. This price is a potential trigger point for an acceleration to the downside with the main floor on November 2 at 0.6589 the next major downside target.