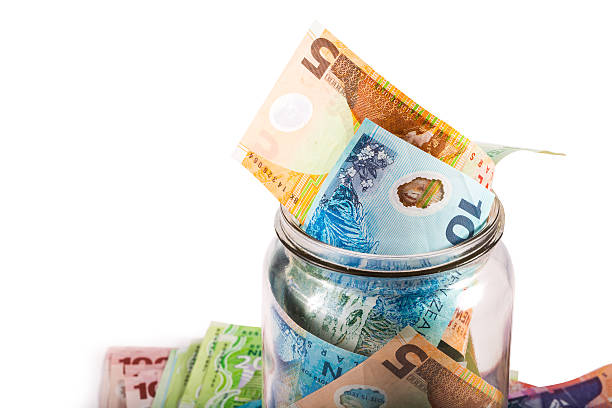 NZD/USD: positively placed ahead of the RBNZ

Economists widely expect the Reserve Bank of New Zealand (RBNZ) to raise its overnight rate by 25 basis points on Wednesday for the third consecutive time.

Whether or not the central bank‘s decision holds any surprises doesn’t detract from what could ultimately turn out to be a positive technical setup for NZD/USD down the road.

NZD/USD hit a high of 0.74607 in February last year but failed to establish a new high. Instead, the currency pair was trapped in a range between 0.74607 and the previous low of 0.65095. Within this range, NZD/USD formed a declining trending channel, which led the price to test close but fail a breakout near the low of its long-held range.

Failure to test the low of the range and the downtrend channel could signal a continuation of last year’s uptrend. Yet, given the recent geopolitical tensions related to Ukraine and the sensitivity of NZD/USD to “risk” and “risk” sentiment, NZD/USD trading is not for the faint-hearted.

That said, for those looking for the upside, there’s a lot of cohesion in terms of graphics. A definite break above the 0.67052 region leaves 0.68907 the next major point of resistance, which coincides both near the 200EMA and the upper band of the uptrend channel. From there, the pivot region of 0.71000 could be taken in hand. Meanwhile, the decline, at least for now, looks strongly contained near the 0.65095 region.

The Most Useful Forex Facts

USDJPY completes descending and ascending round