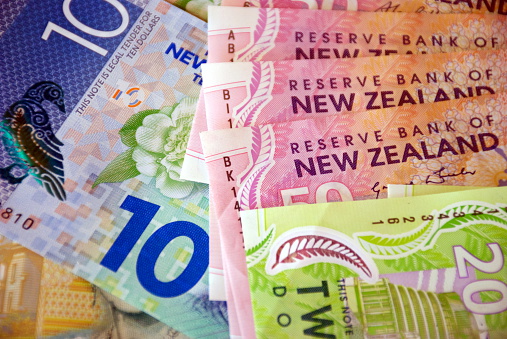 NZDUSD has been in an extended period trending lower since March, when it peaked in the 0.7032 region. Although the price managed to regain some lost ground after its slide halted at the 26-month low of 0.6069, it is currently held by the congested region which includes its 50-day simple moving average (SMA). and the upper Bollinger Band. .

Short-term oscillators suggest that the positive momentum is fading. Specifically, the RSI broke below its neutral 50 threshold, while the Stochastic oscillator is down after being rejected in the 80 overbought zone.

On the downside, bearish action could send price testing June support at 0.6195. Further downside pressure could then open the door to 0.6059 26-month low. A violation of the latter could send the price to form new multi-year lows, where the May 2020 low of 0.5920 could be the next support region.

On the other hand, if buyer interest intensifies, the recent peak at 0.6305, which straddles the 50-day SMA, could act as immediate resistance. Crossing this region, the bulls could challenge 0.6398 before the spotlight turns to the June high at 0.6575. Higher, 0.6930 could prove to be a difficult barrier for the price to overcome.

Overall, while the short-term picture for NZDUSD has improved, its recovery appears to be stalling. Therefore, a clear break above its 50-day SMA is needed to signal the resumption of the pair’s latest bounce. 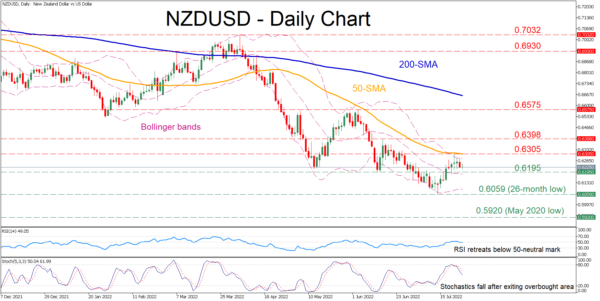 A bigger pullback possible for the DXY index, USD/JPY