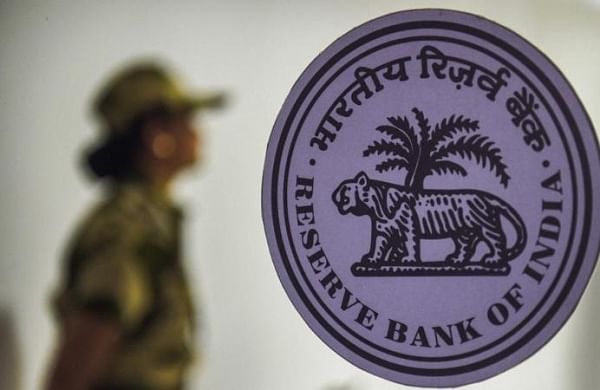 Everything that should be up is down and everything that should be down goes up. The sentiment effectively sums up the state of the global economy. It represents the flashing red alert in the financial markets. It captures the mood of consumers and savers. It also brings to the fore the question of the credibility of the monetary policy emanating from the central banks of Mint Street in Mumbai or Liberty Street in New York.

The flood of high-frequency indicators riveted with benchmarks of record highs and new lows trigger tremors in the living rooms. On Friday, consumer price inflation for May hit a 40-year high, demolishing the thesis that inflation had peaked. Thursday, the European Central Bank
announced its decision to raise interest rates in the euro zone – a first in the euro zone notorious for its negative interest rates. On Wednesday, the Reserve Bank of India raised its inflation estimate and lowered its growth forecast.

The foreseeable rise in costs has an impact on consumption and investment and therefore on growth projections. Multilateral institutions are rushing to correct their estimates of what global GDP growth would be. On Tuesday, the World Bank lowered its global growth forecast for 2022 to 2.9%, from 4.1% forecast in January. On Thursday, the Organization for Economic Co-operation and Development, made up of 38 countries, cut its growth forecast to 3%, from the 4.5% it had forecast in December 2021. The IMF, which has already reduced its forecast growth at 3.6%, warned of further decline. .

Inflation, the nine-letter ghost, haunts economies around the world. The pandemic has seen countries sign up to Keynesian stimulus packages pumping trillions into economies. Violating the principles of money presented in 1910 by Irving Fisher has consequences. Countries that ironically embraced Keynesian policies now face the challenge posed by Paul Samuelson. Stagflation – stagnation with inflation – a 1970 coinage by British Conservative politician Iain

Macleod is at the door. Worse still, the dreaded R-word, recession, looms on the horizon.
Almost every country in the world has raised their interest rates. Globally, government bond yields have reached new highs – yields on 10-year US Treasuries have risen from around 1.6% to over 3% in five months and that in India from 6.4% to 7.5%. As expected, stock indices have plunged – in the US, the S&P 500 has plunged from 4,766 to 3,900 since January. This compounded the flight to safety of portfolio flows from emerging economies – in India, the Nifty 50 fell from 17,600 levels to 16,200. commodity prices – the Bloomberg Commodity Index has risen nearly 40% and benchmark Brent crude has remained above the $100 a barrel mark since March.

Yes, Keynesian stimulus was needed to protect economies. Where central banks have failed is in signaling the risks posed by both the quantum and duration of stimulus packages. It is true that not all inflation is caused by the excesses that have flowed in the wake of the pandemic. Some of it came via China’s Zero Covid policy. Russia’s invasion of Ukraine and sanctions have worsened with rising food and fuel prices. That said, it’s not just food and energy prices that are fueling inflation and that shows up in the data.

There are circumstances and then there is the fact that central banks have been optimistic and clearly behind the curve. The US Federal Reserve has been harshly criticized and its credibility questioned on several occasions. In India, the RBI, as this column has pointed out, was out of sync not only with the curve of the national economy, but also with what was emerging across the world. It had to recast its inflation estimates for 2022-23 three times – from 4.5% to 5.7% to 6.7%.

It is a fact that central banks must work with historical data to develop forward-looking policies. What is worrying is the subscription to wishful thinking as a strategy – the RBI’s assumption of a crude oil price of $105 a barrel is an example. Of course, the end of the war in Ukraine can theoretically, ceteris paribus, lower prices. But it is also a reality that the emergence of China after the Zero Covid policy will increase demand.

It has been argued that much of this is in the realm of “unprecedented”. Uncertainty is undeniable, but uncertainty is the baseline for monetary policy. The specter of simultaneous supply-side and demand-side shocks is dissipating – beyond interest rate risk, there is liquidity risk and credit risk. The rising cost of capital will hurt investment and the contraction in trade will affect currencies. The shock in equity and housing markets has implications for the real economy, just as the rising wealth effect that has catalyzed consumption and wealth loss can and will harm request.

The perception that is gaining ground, through snappy reactive responses followed by ifs and buts justifications, is that central banks are flying blind. As the thought process evolves for the policy to be reshaped, one can only hope for the best. And yes, prepare for impact!