Recommendation of the day on the lira against the dollar

The Turkish lira continued to register further losses against the US dollar, especially over the past week. The Turkish currency lost its stability which lasted four months with the start of the US Federal Reserve to raise interest rates. Western reports showed that the Turkish government pressured local banks in an effort to limit the sale of dollars to businesses to stem the decline of the lira. Banks must obtain approval from the country’s central bank before transferring hard currency corporate transactions. Analysts say the central bank‘s current stance could help stoke muted tension among businesses over the lack of dollars needed for import operations or to pay off corporate debts to foreign banks.

On a technical level, the Turkish lira fell against the dollar in today’s early trades, the pair continued to climb above the 50, 100 and 200 moving averages, respectively, over the four-hour period. as well as over the 60-minute period. Frame. The pair is also trading at the highest support levels, concentrated at 15.20 and 15.00 respectively. On the other hand, the Pound is trading below the resistance levels at 15.38 and 15.50. The pair is currently trading around 15.29 levels, which represents the 61 Fibonacci level of the descending wave which recorded its peak on 12-12-2021 and its trough on 12-23-2021. If the current decline of the pound continues, the way is open to reach the levels of 16.63, which it recorded at the end of last year, as this is the first major resistance level. Please respect the numbers in the recommendation with the need to maintain capital management. 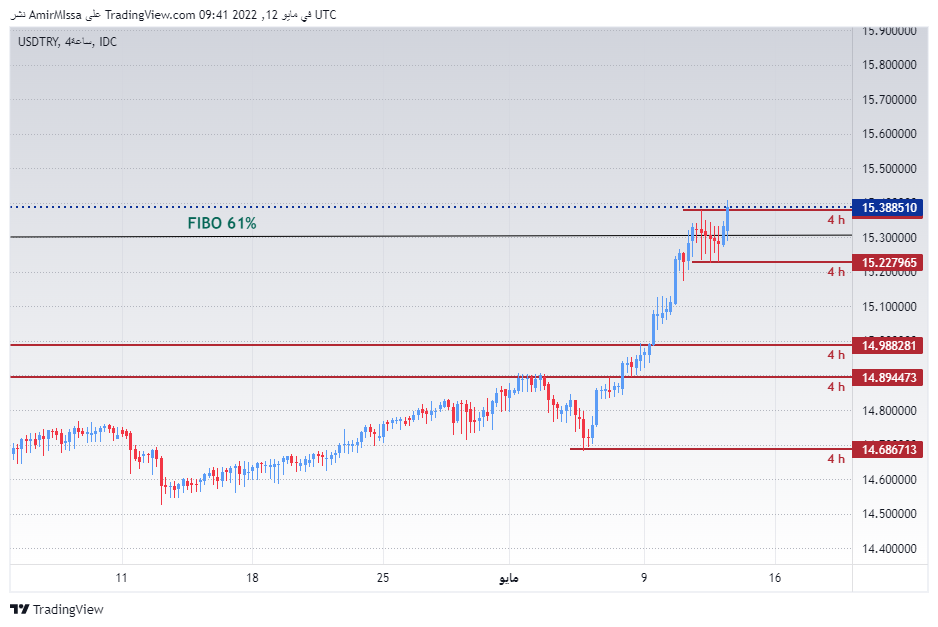