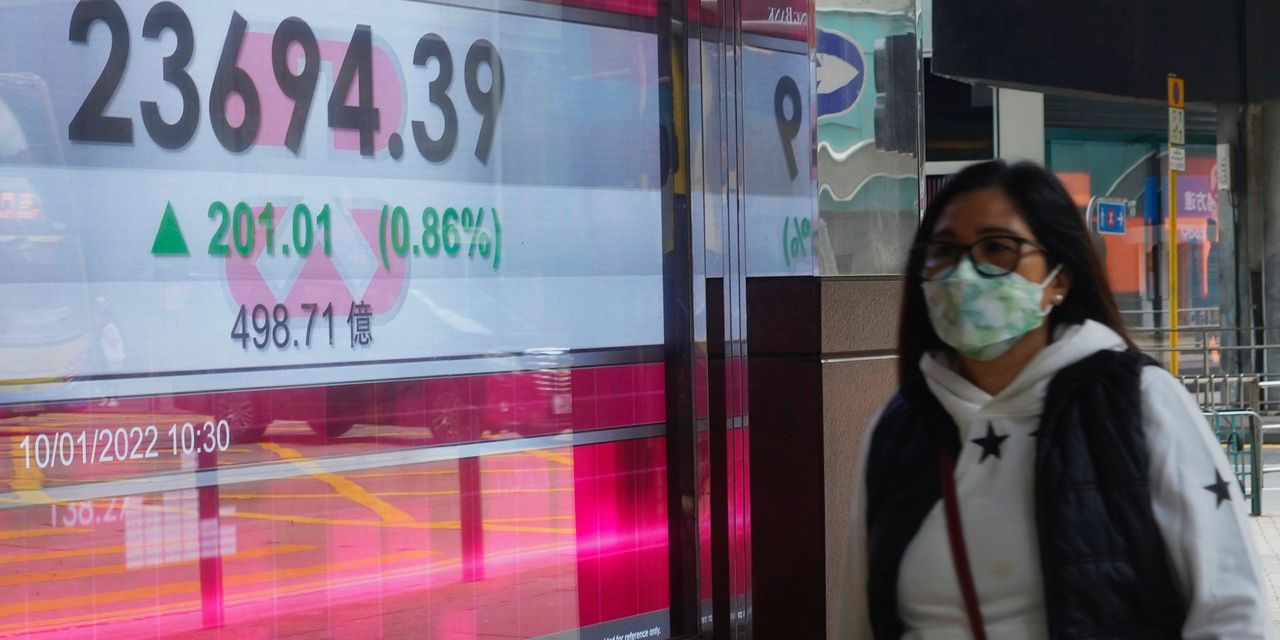 which surged after the e-commerce giant said its profits nearly doubled over the holiday season.

Even with the small loss in the Dow, all three indexes finished higher for the week, extending their weekly winning streak to two. The Nasdaq posted a weekly gain of 2.4%, its biggest weekly gain since late December. The S&P 500 rose 1.5% during the period, while the Dow gained 1%.

Last month, major indexes fell for several weeks as concerns erupted over the course of monetary tightening by the Federal Reserve. The central bank announced last week that it would start raising rates in mid-March.

This week’s gains, however, were hard earned. On Thursday, major indexes fell, dragged down by tech companies after Meta Platforms reported disappointing results. The fall in the major indexes appeared to threaten to reignite a sell-off in the US stock market.

By Friday afternoon, however, sentiment had largely turned positive, dispelling concerns earlier in the day that the latest jobs report could support more hawkish action from the Fed. The Labor Department said Friday that the US economy added 467,000 jobs in January. Economists polled by The Wall Street Journal had expected a gain of 150,000.

Central bank officials have in recent days played down speculation that they could raise interest rates by half a percentage point in March instead of a quarter point. But they also said their rate increases would be data-driven.

“Markets feared the Fed might raise rates at a time when the economy was turning and policy mistakes were a concern,” said Jamie Cox, managing partner of Harris Financial Group. “What are the data [Friday’s jobs report] suggests that the Fed adjusts its monetary policy to adjust to the economy. A hyper-accommodative monetary policy is no longer necessary.

Major indexes got support on Friday from a rise in shares of big tech stocks, including Microsoft and Tesla. With its 14% jump, Amazon broke the record for the largest ever one-day market value gain for an American company. The stock eventually added $375.88 to close at $3,152.79.

Sudden moves in the stock prices of big tech and social media companies have an outsized impact on broader indexes. Amazon had a 3.3% weighting in the S&P 500 on Wednesday, according to data from the S&P Dow Jones indices. Meta had a weighting of 2%.

Financials and energy stocks also ended solidly higher. Oil prices soared, with global benchmark Brent crude rising 2.4% on Friday to $93.27 a barrel, due to supply shortages and a winter storm in the United States that could disrupt the production.

Clorox shares shed $23.93, or 14%, to close at $141.41 after the maker of disinfectant wipes and other cleaning products reported earnings that beat analysts’ expectations and said that margins would be hit hard by continued cost pressures. Ford Motor shares fell $1.93, or 9.7%, to end at $17.96 after the automaker posted earnings that fell short of Wall Street forecasts.

“Companies that have continued to deliver strong results have held up relatively well,” said Mike Bell, global market strategist at JP Morgan Asset Management. “Companies that were valued as highly valued growth stocks, but then underperformed, are extremely hard hit.”

In the bond market, the benchmark 10-year U.S. Treasury yield climbed to 1.930% from 1.825% on Thursday, marking the highest yield since December 2019. Yields and prices are moving in opposite directions.

International markets have been volatile in recent weeks and on Friday the pancontinental Stoxx Europe 600 index fell 1.4%. It lost 0.7% over the week. Markets have been rattled by the increasingly hawkish tone of global central banks. The Bank of England raised borrowing costs again on Thursday, while the European Central Bank kept key rates unchanged, but signaled inflation concerns and opened the door to a possible rate hike this year.

Even with strong weekly gains for major indices, many investors expect the turmoil not to subside in the near future. Market volatility could continue until the Fed implements its first interest rate hike and investors get used to the idea of ​​a rate hike, said Peter Andersen, founder of Massachusetts-based investment firm Andersen Capital Management.

“The fact that everything is wholesale is really, in my view, a buying opportunity,” Andersen said. “Every investor is so scared now, and no one really has a compass to know exactly where we are in this cycle.”

In Asia, Hong Kong stocks resumed trading on Friday after a three-day shutdown. The Hang Seng index gained 3.2% and the Japanese Nikkei 225 index rose 0.7% on the day.

—Dave Sebastian contributed to this article.

To prevent an invasion of Ukraine, threaten to sanction the Russian central bank