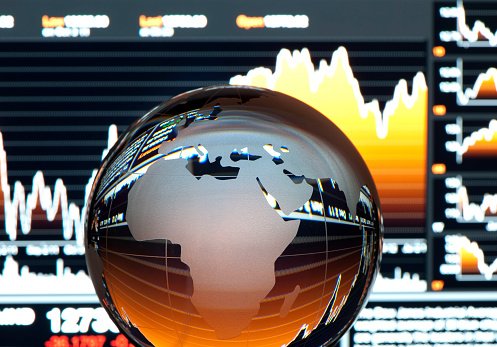 20. This is roughly the number of central banks that will hold their last policy meeting in 2021. The big events this week notably the Fed (Wednesday), the Bank of England and the ECB (both Thursday). Turkey, Norway, Switzerland, Japan, Russia, Hungary and many more along with important economic data (EMU PMI, US retail sales, UK labor market and CPI) fill in the gaps here and there except for today. Monday’s session therefore looked a lot like the weather: brooding and gray as investors remained on the sidelines. Core bonds traded with a bullish “prevention is better than cure” bias, causing the German yield curve to flatten slightly. The changes remain limited to -1.2 / 1.4 bps (10 years / 30 years). Narrow peripheral spreads of 1bp. Italy is outperforming again (-3 bps). Italy and Greece, the two most indebted countries in Europe, showed some nervousness last week amid the ECB’s exploration of PEPP options for the end of the crisis tool in March 2022 The American curve also flattens out with the 2-year (+1.3 bps). ) recovering some of the small correction induced by the CPI from last Friday. The long end is outperforming with gains accumulating as we enter the first US transactions (10yr: -3.8bp, 30yr: -5.1bp) even as the Fed is expected to double the pace of the tapering. The stock markets initially got off to a good start. EuroStoxx50 rose around 0.5%, but weaker US sentiment reduces current gains to around 0.2%. Shares on WS open down 0.3-0.4%.

The US dollar held an advantage over most of the majors. The trade-weighted dollar (DXY) gained 96.1 to 96.3 although it was outside of intraday highs. EUR / USD took additional selling pressure early in European trading but found a low around 1.126. The pair is currently filling offers in the support / resistance area of ​​1.129. Sterling is not doing too badly. EUR / GBP hit the big figure of 0.85 after hitting 0.855 in Asian trades. A lower breakout has never really been explored. Things were much spicier further east though. The Turkish lira is knocked out again after S&P downgraded the country’s rating outlook to negative and Turkey’s new finance minister, Nebati, told the Haberturk newspaper that “we [speaking in name of the government, really] will not increase rates ”. The central bank will meet later this week and is expected to cut rates further from 15% to 14%. EUR / TRY in early volatile trades peaked at 16.6 before sagging to 15.9 now, another new all-time low despite new currency intervention (selling foreign exchange reserves to support the lira) by the CBRT. In Central Europe, the Hungarian forint is now lagging the CZK and the PLN. EUR / HUF drops from 365.5 to 367.13, near last week’s lows. Maybe some nervousness sets in before tomorrow’s MNB meeting. The consensus expects the base rate to drop from 2.1% to 2.5%, but markets are probably hoping for more. The one-week deposit rate, the de facto policy rate, is expected to rise to 3.5% two days later.

The Organization of the Petroleum Exporting Countries has released its monthly report on the petroleum market. OPEC has raised its oil demand forecast for the first quarter of 2022, but maintains them at 4.2 mb / d for the whole year in the context of a more sustained recovery in the second half of 2022. The impact of the new Omicron variant is expected to be light and short-lived, as the world becomes better equipped to deal with COVID-19 and its related challenges. Global oil supply forecast for 2022 also remained stable. Brent crude continues to hover around $ 75 a barrel.

Czech National Bank Deputy Governor Mora joined MPC member Holub’s call this weekend to advocate for a rate hike of more than 25 basis points. at the December meeting. Personally, he is considering 50 bps or 75 bps. Mora points out the aggressive attitude of the further rise in inflation in November (to 6% yoy) which requires more substantial action. Moreover, wage pressure shows no signs of easing as fourth-quarter GDP is expected to exceed central bank forecast despite the resurgence of the virus and despite lower output in the auto sector. Mora added that the tightening cycle could “theoretically” end in February next year. based on the prognosis that inflation will return to the 2022 target by early 2023. The Czech Koruna has traded near all-time highs against the Euro this month at EUR / CZK 25.35 .