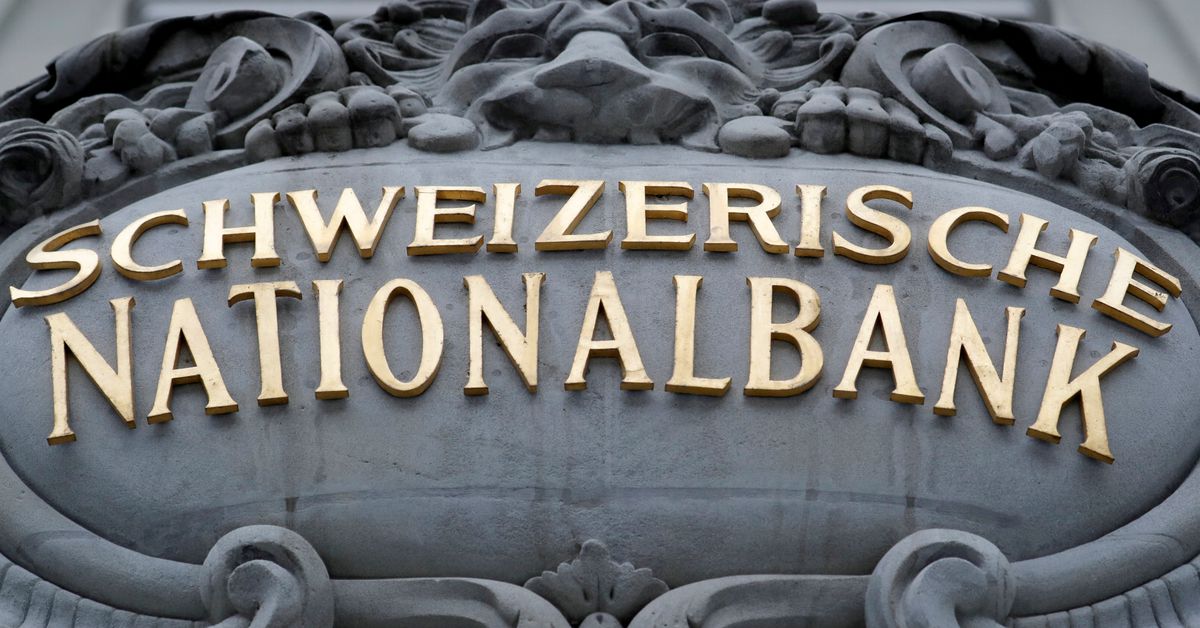 The logo of the Swiss National Bank (SNB) is pictured on its building in Bern, Switzerland April 2, 2022. REUTERS/Arnd Wiegmann

ZURICH, April 28 (Reuters) – The Swiss National Bank reported a loss of 32.8 billion Swiss francs ($33.75 billion) in the first quarter on Thursday, as falling bond prices and the rising franc weighed on the value of its foreign currency investments. .

The bank suffered a loss of 36.8 billion francs on its foreign currency investments accumulated during its campaign to tame the franc.

The bank made a profit of 1.6 billion francs on interest from its bond portfolio and 800 million francs on dividends from stocks and shares it holds in companies such as Starbucks (SBUX.O) and the owner of Google Alphabet (GOOGL.O).

But this was erased by a sharp loss in its bond portfolio, which represents 80% of the 977 billion francs held by the SNB in ​​foreign currency investments.

The central bank also recorded a loss of 10.7 billion francs on its equity portfolio and a loss of 3.4 billion francs linked to the exchange rate, as the more expensive Swiss franc reduced the value of its foreign investments when it is converted back into francs.

The franc rose earlier this year as investors sought safe havens after the outbreak of war in Ukraine, while stock markets also fell.

The flight for safety pushed up the price of gold during the period, with the SNB realizing a capital gain of 4.2 billion francs on its gold holdings.

More Crypto Regulation Could Be On The Way In Mexico, Central Bank Chief Suggests