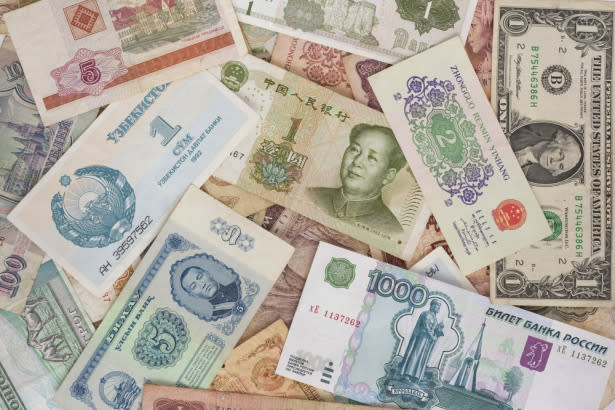 The dollar / yen is trading flat on Friday morning after posting a potentially bearish closing reversal at the previous session high. The chart pattern does not indicate an impending trend change, but if confirmed, it could trigger the start of a 2-3 day correction. Basically this is a sign that the sell is higher than the buy at current price levels, which usually means traders are taking profit after a strong rally.

The USD / JPY edged down from its multi-month high on Thursday, slightly under pressure from an increase in weekly jobless claims in the United States, with investors also taking profits after a sharp rise in the U.S. last sessions.

The dollar / yen as a whole has been supported by soaring US Treasuries yields amid expectations that the Federal Reserve will reduce its monetary stimulus from November even as global growth slows.

The main trend is up according to the daily swing chart, but momentum has shifted lower with confirmation of Thursday’s closing price reversal top.

A trade up to 112.078 will cancel the reversal top of the closing price and signal a resumption of the uptrend. The main trend will change downward on a trade to 109,122.

The direction of the USD / JPY on Friday will likely be determined by the reaction of traders at 111,660.

A sustained move below 111.660 will indicate the presence of sellers. The pullback of 111.241 will confirm the reversal top of the closing price. This could trigger the start of a 2-3 day correction with 110.596 to 110.246 the next potential downside target. Since the main trend is up, look for buyers on the first test of this area.

A sustained move above 111.660 will signal the presence of buyers. If that creates enough bullish momentum, then expect the rally to eventually expand to 112.078, followed by the major highs at 112.226 and 112.405. The latter is a potential trigger point for upward acceleration.