We expect natural gas to rise in its next trade.

Natural gas spot prices (NATURAL GAS CFDS) have rebounded in recent trade at intraday levels, to post daily gains up to the time of this writing of 2.63%. It settled at a price of $8.064 per million British thermal units, after falling sharply in Friday trading. It reached -9.53%, to break a chain that has continued for five consecutive sessions, over the past week the price has risen by 10.34%, after paring some of its gains in recent sessions of the week.

Nymex futures for June are also higher, on expectations of strong demand for natural gas next summer and rising U.S. export orders for liquefied natural gas (LNG) at the light of the ongoing war in Ukraine. It stood at $8.043/MMBtu to end the trading week on Friday, up 11% from the end of the previous week.

Relatively low natural gas production following frost caused by a blizzard at the end of April interrupted by spring maintenance work. That left about 2 billion cubic feet of production below its 2022 highs for most of the past week.

Futures rose for most of the week, but only lost ground on Friday on profit-taking and broke through the $8 threshold, which had peaked earlier in the year.

Meanwhile, data from Baker Hughes showed oil and gas rigs in the United States rose by seven to 705. Gas rigs rose by 146 and various rigs remained at two . During the same period in 2021, 103 gas rigs and one diversified excavator were in operation. A total of 448 platforms were in operation a year ago.

Across North America, oil and gas equipment tripled to 796 from 503 at the same time last year.

Technically, the price is trying to reap the benefits of its recent short-term gains. At the same time, it is trying to gain some positive momentum which could help it maintain the main uptrend in the medium to short term. This is due to its trading along the major and minor upslope lines as shown in the chart. The schedule for one period (daily), amid continued positive support for its trade above its previous 50-day simple moving average, in addition to the influx of positive signals on strength indicators relative.

So, we expect natural gas to rise in its next tradeespecially if its stability goes back above the level of 8.073, to target again the level of resistance 9.10. 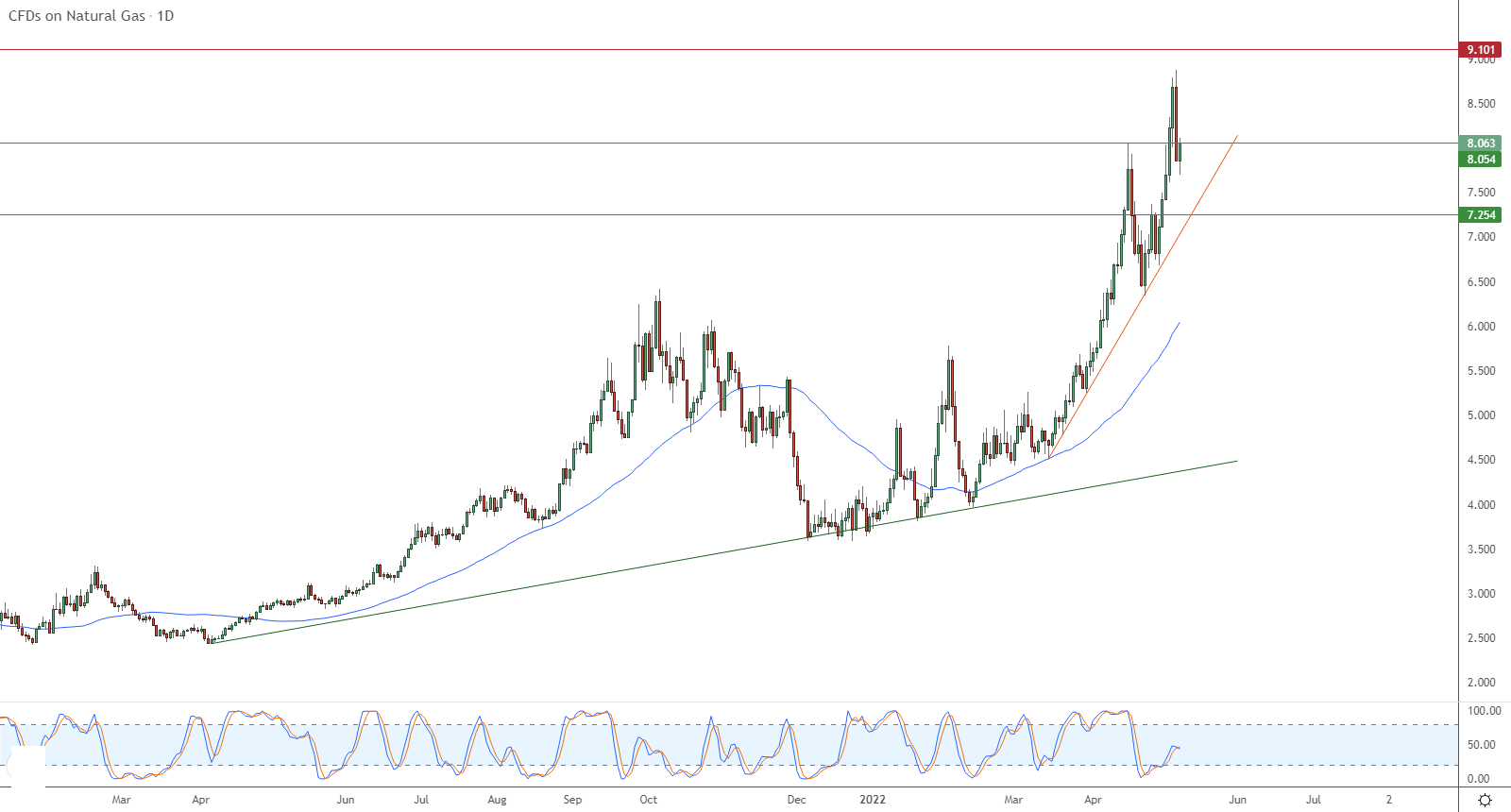