Natural gas spot prices (NATURAL GAS CFDS) have declined in recent trades to intraday levels. At the time of writing, it posted a record loss of 0.88%, trading at a price of $9.113 per million British thermal units. In the previous session, it had made slight gains, gaining 0.76%. During the month of August, the price increased by 9.26% for the second month in a row.

U.S. natural gas futures rose on Wednesday and posted their second straight monthly gain. It was supported by above normal temperatures, which boosted cooling demand and higher gas prices in Europe generally.

Temperatures are expected to remain above normal in early September, but are expected to drop thereafter. This suggests that energy demand may start to decline after a hotter than expected summer.

Meanwhile, Russian gas flows via Nord Stream 1 have been interrupted for a three-day maintenance period, a blow ahead of a tough winter in Europe. This came at a time when gas prices in Europe are approaching recent highs and are expected to remain so for the next few days until flows resume.

Globally, gas traded at around $77 per million British thermal units in Europe and $59 in Asia.

Investors are now eagerly awaiting the weekly inventory report from the US government, which is expected to show that utilities added more gas to storage than usual in the past week. A delayed restart at the fire-hit Freeport LNG export terminal in Texas leaves more gas in the United States for facilities to fill storage.

Therefore, our expectations still suggest a return to the upside for natural gas in its next trading session. It is expected to target the 9.600 pivot resistance level again, with a view to attacking it. 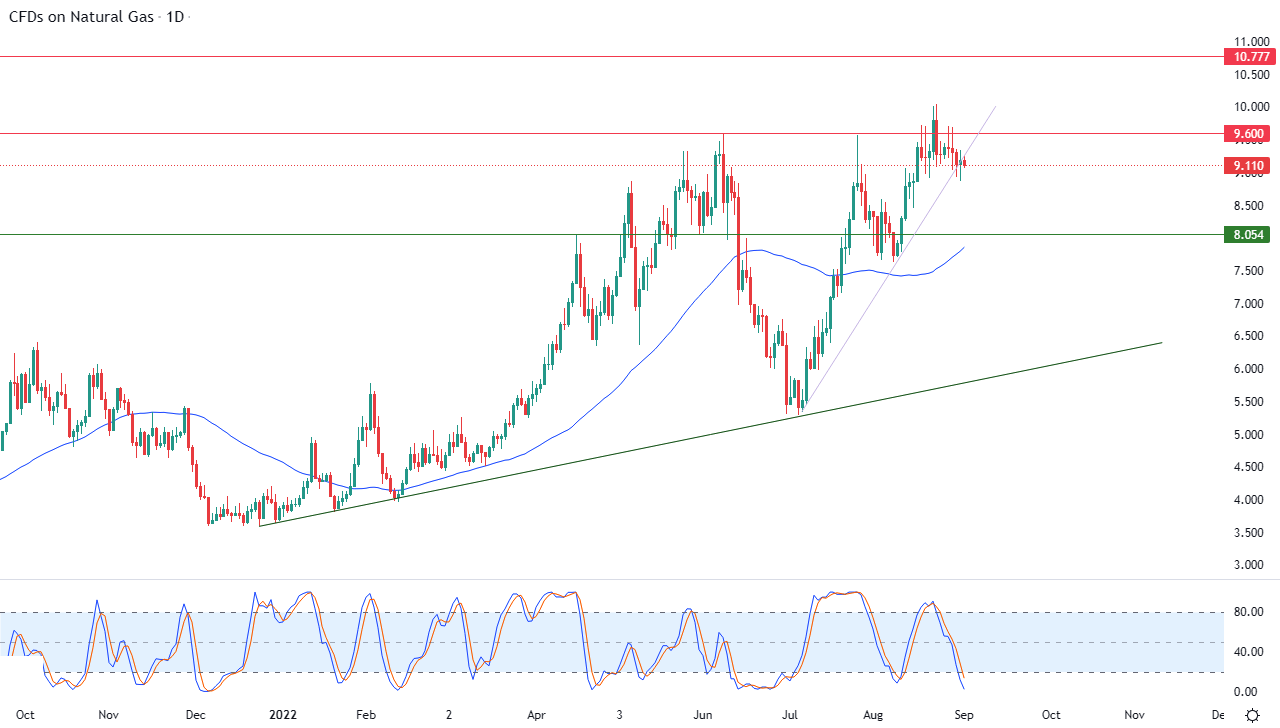 Ready to trade our natural gas trading forecast? We have compiled a list of the best commodity broker platforms worth trading with.