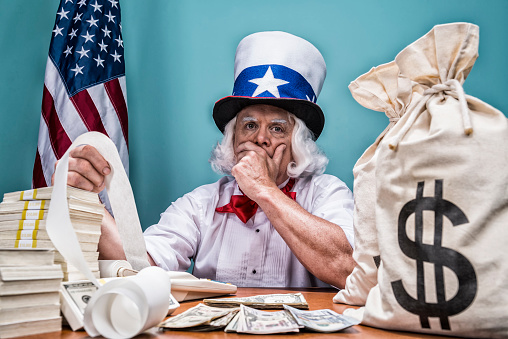 The result of the week: Delta’s fault

Highlights in the United States

The week leading up to Labor Day weekend was rich in economic data. Overall, reports indicate that economic growth slowed down in August, but activity likely remained at fairly healthy levels. The most anticipated report of the week, the Payroll Report, is a good example. Job growth in August not only slowed from a very good July, but the impression of 235,000 jobs is well below market expectations (graph 1). It should be noted that progress in the leisure and hospitality sector – a major driver of gains in recent months – stalled in August. Gains were led by professional and business services (+ 74k) and transportation and warehousing (+ 53k). The unemployment rate also rose, falling to 5.2% from 5.4% the previous month. Meanwhile, the average hourly wage accelerated to 4.3% (year-on-year) from 4.1%. In short, while the jobs report was certainly not as strong as expected, it still had a lot of bright spots.

The ISM Services Index followed a similar story. The index hit a record high the month before, losing 2.4 points in August. Yet, at a level of 61.7, it remains well in expansionary territory. The ISM manufacturing index, which encompasses a smaller share of the economy, did better, advancing 0.4 points to 59.9. This slight rise in August, however, does little to reverse a decelerating trend that has been underway since March. Additionally, the underlying metrics in the Manufacturing Report still point to supply issues that continue to hamper the industry’s ability to meet demand.

Supply issues were also included in the vehicle sales report. Auto sales fell 10.7% to 13.1 million units (seasonally adjusted annual rate) in August, marking the fourth consecutive month of decline. Low inventory levels due to microchip shortages and other pandemic-related disruptions appear to be primarily responsible for this trend.

Tipping into the housing market, pending home sales fell for the second consecutive month in July, falling 1.8%. Pending sales lead to actual sales of 1 to 2 months. As such, the pullback suggests that the upcoming August Existing Home Sales report may also show some weakness.

The deceleration in economic activity over the past month has come along with an increase in COVID-19 infections. The latest wave of infections caused by Delta is probably a key factor in halting progress in the recovery of the leisure and hospitality wage bill, and some weakening of consumer confidence (the latter is dropped to its lowest level in six months in August). This headwind could continue in the short term. Meanwhile, the sudden end of the moratorium on evictions last week and the upcoming hiatus in pandemic unemployment benefits on Labor Day will add to the hardship for vulnerable households, which will likely weigh heavily on spending. On a positive note, early indications that the rate of infections may be slowing are a good sign, although the inherently temperamental nature of the virus offers little comfort (Figure 2).

With near-term risks on the downside, we expect the Fed to wait for further confirmation of economic resilience before slowing down later this year.

Second-quarter GDP dominated the headlines this week. The economy, which most expected to continue to recover in the second quarter, albeit at a slower pace, contracted unexpectedly. On a quarter-over-quarter annualized basis, GDP fell 1.1%, while the consensus call was for a 2.5% expansion. This is the economy’s first decline since the pandemic began in the second quarter of last year. So what happened? How did the analysts get so wrong?

This is because economic watchers had not predicted that Statistics Canada would make significant downward revisions to the monthly GDP data, which forms the basis of the quarterly GDP calls. The statistical agency weakened month-over-month growth in April from -0.5% to -0.9%, while the May figure was lowered from -0.3% to -0, 5%. These changes mean that Canada’s economic performance in the second quarter was considerably weaker than previously thought.

It is important to note that monthly GDP data are calculated on an industry basis, while quarterly series are constructed using expenditure components. Historically, the growth of these two series has been closely correlated, but recently a gap has widened (Chart 1). This likely reflects the difficulties Statistics Canada had in collecting data during the pandemic. Yet both GDP by expenditure and GDP by industry show a below-average performance in the second quarter.

According to the expenditure accounts, residential investment and exports were the main drivers of the weakness (graph 2). The former comes as no surprise as real estate market activity has recently cooled with home sales and housing starts in June about 20% below their March highs. On the export side, supply disruptions, particularly microchip shortages, severely affected auto production, leading to a -47% (annualized) drop in vehicle and parts exports. Household consumption was also disappointing in the second quarter. Spending barely exceeded its first-quarter level as pandemic-related restrictions dampened consumption of services.

Despite the general weakness, the second quarter ended on a good note. The reopening of provincial economies led to a 0.7% m / m rebound in economic output in June, with high-impact service sectors posting substantial gains. Surprisingly, the economic momentum appears to have been short-lived, as Statistics Canada’s flash estimate showed a 0.4% contraction in GDP in July.

But there is good reason to believe that the statistical agency may have underestimated economic activity this month. First, the preliminary estimate is only produced with partial data in which information on the consumption of services may be inadequate. Data on TD credit and debit card spending suggests a strong pick-up in spending on high-impact services throughout July, which may not have been captured by Statistics Canada. Second, the flash estimate has generally underestimated the actual release since it was first released in March of last year. Out of 16 releases, the first figure underestimated the official data 10 times. We could see the same thing happen when the data for July is officially released on October 1.

The short term bias is bearish, but technical confirmation is needed