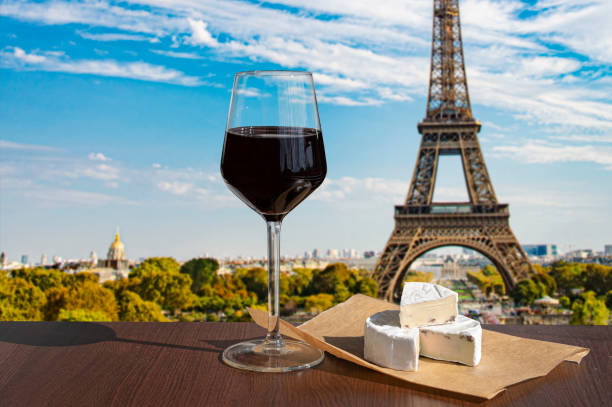 The week ahead: Long live France!

Traders are confident that the Fed will aggressively raise interest rates “until something breaks”.

The week ahead: Long live France!

For most traders, the focus last week was on the ramping up of the first quarter earnings season. We saw strong results from Tesla, the trillion-dollar market giant, and brutally bad earnings data from Netflix, which led to the streaming platform losing a third of its value. Maybe it’s time to replace Netflix with Tesla in the popular acronym FAANG? Maybe we could get FANTA soda to sponsor the rebrand?

Looking ahead, traders will spend Monday digesting the market implications of this weekend’s French presidential election. In the middle of the week, the focus will again be on earnings with heavyweights like Alphabet/Google, Meta/Facebook, Microsoft, Apple and Amazon all expected to report results between Tuesday and Thursday. Macro data later in the week will also boost markets, with the first estimate of US Q1 GDP on Thursday, as well as Eurozone and US inflation data (Core PCE) on Friday with implications. potentially important for central banks.

Speaking of central banks, pressure is mounting on the US Federal Reserve as it enters the “blackout period” ahead of the May 4 meeting. Notably, the last comments we heard from Fed policymakers were Fed Chairman Powell stating “50 basis points will be on the table for the May meeting” and hawkish James Bullard refusing to rule out a interest rate hike of 75 basis points next month.

Indeed, it is increasingly clear that the US central bank is coming to the idea that it must raise interest rates extremely aggressively to contain inflation. In that light, the hint of a 75 basis point rate hike, a move the Fed hasn’t made since 1994, isn’t as far-fetched as it might sound to traders who haven’t been in the game for the past 28 years (which is almost all!). Indeed, according to the CME’s FedWatch tool, traders are currently pricing in a 95%+ chance of AT LEAST a 75 basis point rate hike in the next two Fed meetings:

In other words, traders are confident that the Fed will aggressively raise interest rates “until something breaks”. Given the imprecision of monetary policy and the long lags before interest rates have an impact on the underlying economy, market volatility is likely to remain elevated throughout the year.

As for what to watch on this front over the coming week, Friday’s Core PCE report will be pivotal. The Fed’s preferred measure of inflation has risen in each of the past five months, although early estimates indicate it could just hold steady at 5.4% y/y in this week’s iteration. An upside surprise, if seen, could open the door to 75 basis points as early as next Wednesday (with potentially significant bullish implications for the US Dollar and bearish implications for US equities), so readers should keep an eye out. close to publication.

Investors have certainly underestimated some prominent populist candidates and initiatives in recent years (Trump, Brext, etc.), but make no mistake, a victory for Marine Le Pen would be a big surprise. After last week’s televised debate, incumbent President Emmanuel Macron holds a 12-point lead in the polls. Many analysts have speculated that a victory for Le Pen could trigger a constitutional crisis (and would certainly inject volatility into the French and European markets), so traders holding positions over the weekend should be aware of the risk, even if it is not a particularly likely outcome.

This week marks the peak of the first-quarter earnings season, highlighted by five of the seven largest U.S. companies by market capitalization all reporting results. The earnings season so far has been a bit of a mixed bag, with major “failures” like Netflix grabbing headlines. Overall, the percentage of S&P 500 companies beating EPS estimates is roughly in line with historical averages, although the overall earnings growth rate is “only” around 5%, which would mark the highest slight increase in profits over the last five quarters.

A full list of key economic data due for release this week follows:

Chart of the week: GBP/USD

After barely holding onto the widely watched 1.30 handle over the past few weeks, the GBP/USD bears were able to break that support level with conviction on Friday. Earlier today, BOE Governor Bailey made downbeat comments on the UK economy, prompting traders to question how aggressively the central bank will raise interest rates throughout of the year. This, combined with technical selling below the key 1.30 level, led to a nearly 200 pip crash in the pair on Friday.

Looking ahead, bulls may see some respite if Cable can bounce off the 50% Fibonacci retracement of its post-COVID rally at 1.2830, but the bias will remain for lower prices as long as previous support will become a resistance near 1.3000 caps. A break below 1.2830 could expose the September 2020 low near 1.2700 next.

Thanks for reading, and have a nice weekend!