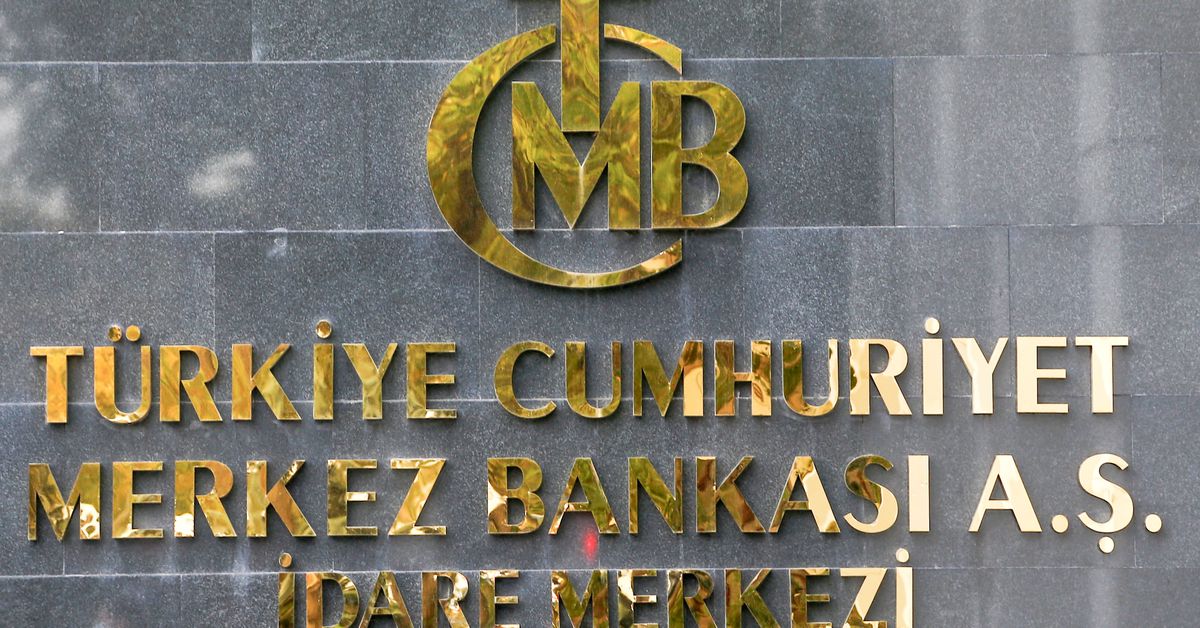 A logo of the Central Bank of Turkey is pictured at the entrance to its headquarters in Ankara, Turkey, October 15, 2021. REUTERS/Cagla Gurdogan

The exchange rate used by Reuters on Thursday was 18.1466. In early August, net foreign exchange reserves reached $15.68 billion, their highest level since late April, but have fallen sharply over the past two weeks.

Foreign exchange reserves have fallen sharply in recent years, most recently due to the billions of dollars the bank sold in market interventions following a currency crisis in December.

The lira ended the year down 44% against the dollar in 2021, a fall that helped push inflation to 79.60% in July, the highest under President Tayyip Erdogan.

The currency is down more than 27% against the greenback this year.

The central bank has met the market’s need for more than $30 billion in foreign currency since December through its reserves, in addition to direct interventions in the foreign exchange market in 2019-20, when it sold $128 billion for support reading it.

In recent years, the bank has used swaps with local banks to support interventions, an unorthodox policy that has scared off foreign investors and local savers.

The data showed the bank’s outstanding swap transactions stood at $42.33 billion on Wednesday. Reserves are in negative territory once swaps are deducted.

Reporting by Ezgi Erkoyun Editing by