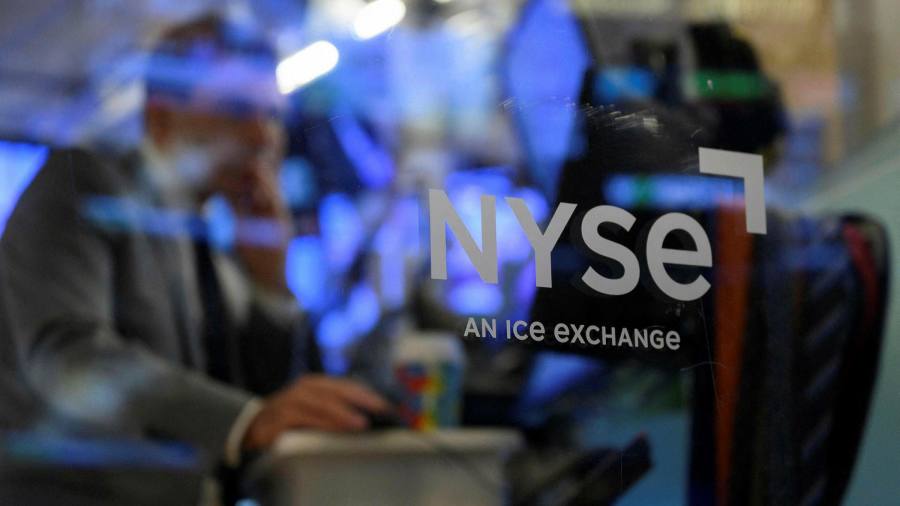 Wall Street stocks fell on Monday, adding to losses from the previous session when a U.S. jobs report fueled expectations of a more aggressive interest rate hike campaign from the Federal Reserve.

The moves came after a jobs report for the world’s largest economy showed on Friday that the unemployment rate was down to its lowest level in half a century, with employers adding 528,000 jobs in July, or more than double the 250,000 predicted by economists.

The numbers came ahead of a closely watched U.S. consumer price index report due on Wednesday. Economists polled by Reuters expect headline inflation to have risen 0.2% month-on-month from June to July, from 1.3%. Core inflation, which excludes volatile categories including food and gasoline, is expected to have increased by 0.5%.

The S&P 500 closed 0.2% lower on Friday as traders expected stronger-than-expected jobs data would encourage the U.S. central bank to raise interest rates further. But the index still gained 0.4% over the week. With the Nasdaq also up 2.2% for the week, it was the first time since early April that the two indexes had three consecutive weekly gains.

In commodities, Brent recovered from earlier losses to gain 1.3% and trade at $96.15 a barrel. The rise came after the international oil benchmark last week recorded its biggest weekly decline since April 2020.

“We are in an environment where central bankers have a difficult choice: high inflation or risk of recession. Faced with this choice, central bankers will likely choose recession,” said Bill Papadakis, macro strategist at Lombard Odier.

Central banks have in recent weeks shown their willingness to fight inflation vigorously, with the Bank of England, the European Central Bank and the Fed all introducing significant rate hikes despite signs of an economic slowdown.

Futures markets indicate investors are pricing in the possibility of a third consecutive 0.75 percentage point hike when Fed policymakers meet in September, although Deutsche Bank analysts point to two other CPI releases ahead of the next central bank meeting.

“The monster payroll report on Friday. . . finally got the message across that the narrative of a dovish Fed pivot. . . was exceptionally premature,” they wrote in a note.

After the dollar made gains on Friday following the jobs report, the greenback slipped 0.2% against a basket of six other major currencies.