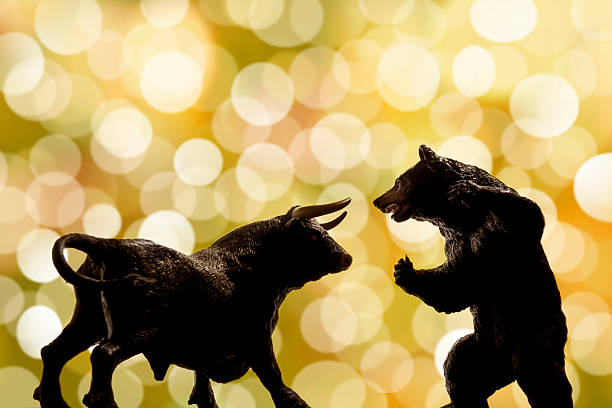 After a series of soft inflation data sparked a relief rally to buy everything, Wall Street will focus on the Fed speech and a plethora of data points that could show the economy remains resilient. Key economic readings include manufacturing activity, retail sales and housing data.

There will be no shortage of Fed appearances this week. Brainard and Williams speak on Monday, while Tuesday includes speeches from Harker, Cook and Barr. Wednesday will bring Williams, Barr and Waller, and Thursday we will hear from Bullard, Bowman, Mester, Jefferson and Kashkari.

Along with a slew of economic releases, traders will also be keeping a close eye on big retail earnings from Walmart, Target, Macy’s and Kohl’s. We should know more about consumer health and whether we should expect further price easing as the holiday season approaches.

It’s been a relatively calm week for the EU, with the two notable economic releases being the flash GDP and the final HICP. With the economy facing a recession, the GDP data will provide an interesting insight into how quickly growth is slowing ahead of an uncertain winter. Inflation data will naturally be interesting, but it may take a major overhaul to really grab the attention of investors.

The fall statement has been a long time coming, it seems. The markets have calmed down a lot since the ridiculous mini-budget but it will still take time for the government to regain credibility and the confidence of the markets. It starts next week and all eyes will be on Parliament as we hear how the new government plans to balance the books without adding further misery to the economy.

The hearing of the BoE’s monetary policy report next week is another highlight, but plenty of economic data is also expected. The path for interest rates remains uncertain, so it’s not just what policymakers have to say that matters, it’s whether the data allows them to slow the pace of tightening going forward as they wish if clearly. Thursday’s CPI is the obvious highlight, but there are plenty more throughout the week.

A quiet week with no notable economic data.

Another calm week with the only economic release being retail sales on Wednesday.

No major economic releases next week as investors are still focused on the central bank and inflation.

Level three data dominate next week. The focus remains on what the SNB will do in December, with President Jordan acknowledging on Friday that monetary policy is not tight enough to bring inflation back into the price stability range over the medium term. The risk of a rate hike before the meeting remains.

Weeks of speculation around China’s commitment to its zero Covid policy has spurred a rally in local stocks and we may be on the verge of getting more information on what that will entail. A relaxation of quarantine measures has been announced in recent days and a press briefing is now scheduled for Saturday. At the same time, China is seeing a steady rise in Covid cases, leading to more restrictions and mass testing.

October data on China’s retail sales, industrial production and investment will be released next week. The PBOC is also expected to keep the rate on its one-year medium-term lending facility at 2.75% in November.

A key inflation report could show that price pressures are easing, which could allow the RBI to be less aggressive in its tightening path. Headline inflation is expected to decline from 7.4% to 6.7%.

The focus for Australia and New Zealand may remain on China and their weakening outlook due to their struggles with COVID.

Australian jobs data is expected to show job growth continuing, while unemployment remains at 3.5%. Wage pressures in the third quarter are expected to increase, but some of that is attributed to the increase in the minimum wage.

In New Zealand, data on house sales and producer prices will be released.

Japan’s third-quarter GDP reading is expected to show significant weakness as import costs soar. Core inflation in Japan is also expected to jump from 3.0% to 3.5%, which should clearly weigh on consumer spending. Given the weakness of the US dollar, the BOJ could save its ammunition and no longer intervene in the foreign exchange market.

The week is expected to be quiet, with the exception of non-oil domestic export data.