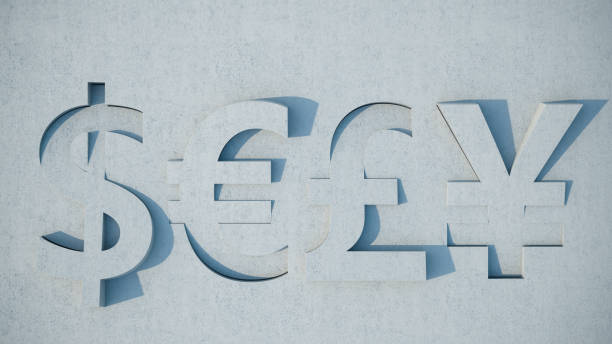 Week Ahead: The Last of the “Dog Days of Summer”

Powell ultimately said nothing new, so this week’s price action is likely to shift from a focus on Fedspeak to underlying economic data…

Well, that was an ugly end to an otherwise quiet week for risky assets!

Stock and currency traders certainly read a hawkish message in Fed Chairman Powell’s keynote address in Jackson Hole on Friday, although bond traders were a bit more wary as short-term Treasury yields only climbing. We’ll dig into the details below, but Powell ultimately said nothing new, so this week’s price action is likely to shift from a focus on Fedspeak to underlying economic data, with the report on Wednesday’s Eurozone CPI and Friday’s US Nonfarm Payrolls. report getting the best billing.

Summary of the Jackson Hole Symposium

In our immediate reaction to the long-awaited comments from the Fed Chairman, we noted that “Mr Powell has clearly struck a hawkish note, emphasizing the importance of maintaining tight policy until inflation is thoroughly licked. That said, he left the door open for a slowdown in rate hikes as early as September. , which means economic data will be key to swinging the Fed’s hand in the coming weeks. Traders seem to agree, with the market’s implied odds of a 75 basis point interest rate hike next month remaining around the 50% level. Ultimately, the Fed is keen to focus on its fight against inflation in good faith, even if it means tipping the US economy into a recession in the coming quarters. Going forward, economic data will determine how much and for how long the central bank will feel compelled to raise rates.

Notably, Powell’s Jackson Hole palaver took place immediately after the release of the July iteration of the Fed’s favorite inflation measure, the Core PCE Price Index. The report came in a little cooler than expected at 4.6% yoy, adding to evidence that inflation may have peaked, although it remains well above the Fed’s target level. It will take continued moderation of this indicator in the coming months to soften the hawkish stance of Jerome Powell and company.

Overview of US Nonfarm Payrolls (NFP)

In the wake of the Jackson Hole festivities, traders will be eagerly awaiting Friday’s US jobs report. Non-farm payrolls (NFP) remained relatively strong, despite the recent slowdown in other US economic data. After four months of creating about 400,000 net new jobs, the U.S. economy saw strong job growth of more than 500,000 jobs in July, but economists expect, once again, a slowdown to approach 290,000 net new jobs in August. After four consecutive better-than-expected readings, will economists finally see a (slight) slowdown in the labor market? Or will the NFP continue to defy broader economic trends and show an increasingly tight labor market?

Stay tuned for Thursday’s full NFP overview report for our analysis based on the leading indicators!

Earnings season is essentially over, setting up about a relatively quiet six weeks for major US stocks, although there are still sporadic notable reports to watch. Summarizing the (vast majority of) earnings season that has been, about three in four S&P 500 companies have exceeded earnings estimates, a tick below the five-year average of 77% while nearly 70% of companies exceeded revenue estimates, in line with the five-year average of 69%. All in all, it was a relatively optimistic results season, but with some big individual surprises. Going forward, traders will be keen to heed the advice as energy prices and interest rates continue to rise around the world.

Winnings due this week include the following tickers:

Apart from the aforementioned US NFP report, the other highlight to watch in the coming week will be the Flash Eurozone CPI estimate for August (released on Wednesday). Traders and economists expect the stock to rise 9.0% after printing 8.9% last month, with the core CPI reading at 4.0%, in line with the last month. Energy prices will be a major concern for traders heading into the colder months, and with inflation unlikely to show any signs of slowing in the meantime, the report could reaffirm the dire situation the Bank central Europe (and European citizens in general) will be faced with in the coming months.

Other economic releases to watch this week include the following reports:

The tech-focused Nasdaq 100 index rose nearly 25% from its June lows through mid-August to top its 200-day EMA, but price action over the past two weeks suggests that the longer-term downtrend may now resume. As seen in the chart above, the Nasdaq 100 fell sharply to start last week’s trade, and after failing to form a significant rally all week, the index came under heavy selling pressure to close near low levels of the week. With little previous support nearby, readers will want to be cautious when trying to spot near- to medium-term lows in US tech stocks.