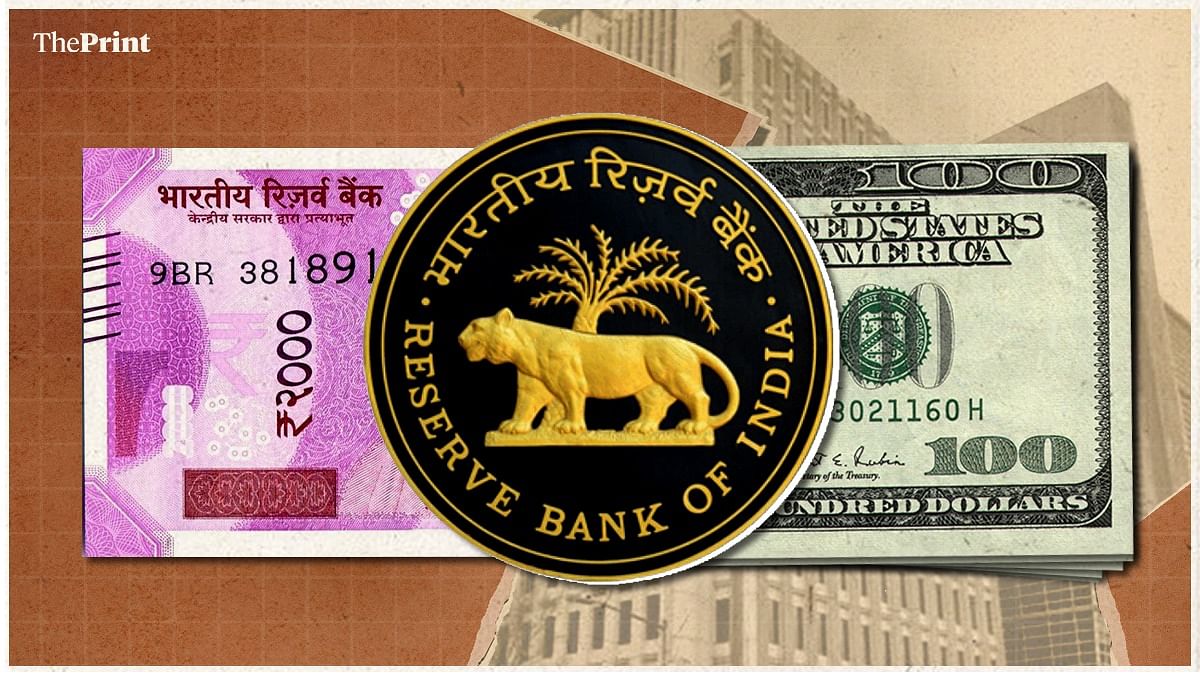 
The Reserve Bank of India‘s (RBI) foreign exchange reserves have risen sharply, new data suggests. Since April 2020, the RBI’s dollar reserves have increased by more than $ 100 billion to now stand at $ 608 billion, making India the fifth largest country with reserves in the world.

The central bank has justified his intervention on the forex by speaking of adequacy of reserves. It has been argued that the RBI does not hold more than 15 months of import coverage while some countries hold more. Switzerland, Japan, Russia and China hold more reserves than India and their import coverage is 39 months, 22 months, 20 months and 16 months respectively.

However, for the past two decades, the RBI’s intervention in forex has been driven by concerns about currency movements..

Look at the currency, but conflict with inflation targeting

The recent increase in reserves was prompted by an attempt to prevent the rupee from appreciating sharply. In June 2020, the rupee-dollar exchange rate stood at 75.6 while it is now around 72.8, a slight appreciation. The intervention helped to avoid further appreciation.

Not only does such monetary manipulation anger other nations, it is costly because it is inflationary.

Moreover, if there is a serious speculative attack on the currency, the reserves are not used to prevent depreciation. In the past, the RBI has tightened monetary policy and used capital controls to keep the rupee from falling, instead of giving away its billions.

The central bank does not want the rupee to appreciate because it makes exports uncompetitive. He therefore intervenes in the foreign exchange market to buy dollars.

Such a course of action, as adopted by China for many decades, is seen as a “beggar-for-neighbor” policy because it worsens the situation of other countries. It is not well seen.

In April of this year, the United States decided to retain India on its currency manipulator watch list. India had been on this list since December 2020.

The United States places countries on the manipulative list if they meet two of the three criteria over a 12-month period: (a) bilateral trade surplus with the United States of more than $ 20 billion; (b) a current account surplus of at least 2 percent of GDP; (c) net purchases of foreign exchange amounting to at least 2 percent of the country’s GDP.

According to the US Treasury Department report released in April, India was kept on this list because the RBI’s net foreign exchange intervention amounted to 5% of GDP during the previous 12-month period, and because India’s bilateral trade surplus with the United States had exceeded $ 20. billion.

Among the many costs of the RBI’s currency intervention, one important one is that adding to its foreign exchange assets increases the money supply in the national financial system.

An expansion of the money supply exerts inflationary pressures which could be damaging to the economy.

Read also : Inflation will moderate – 5 reasons why you shouldn’t worry too much about high prices

One of the reasons that a high level of reserves is considered useful is that it gives the central bank enough ammunition to fight against future depreciation of the currency.

If the currency starts to depreciate against the dollar, then the central bank can sell its dollar reserves and buy the local currency in order to stop the depreciation. But this rarely happens in the event of a speculative attack on the currency.

With the US economy overheating due to massive fiscal stimulus measures implemented by the US government, inflation in the US is on the rise. This could prompt the US Federal Reserve to start raising the key interest rate.

If this happens, the situation for emerging economies like India will be similar to the Taper Tantrum episode of May 2013, when the US Fed signaled a slowdown in its quantitative easing policy. This caused capital outflows from India as well as other emerging economies, causing their currencies to depreciate.

Defending the exchange rate by selling reserves invites speculators. When people see that the RBI is selling reserves, they expect that when reserves drop to a very low level, the central bank will be forced to stop intervening and the currency will weaken. Foreign and domestic investors begin to withdraw money before this event materializes. Their speculative attack on the currency ends up accelerating the depreciation of the currency.

The accumulation of reserves by the central bank is leading companies to believe that the rupee will not weaken sharply. They believe that the RBI’s reserve stock will be used against large currency fluctuations. This in turn prevents these companies from hedging dollar exposures on their balance sheets.

This creates an endless vicious cycle in which the more the RBI hoards, the more confident these companies are of taking uncovered exposure, thus avoiding hedging costs and the greater the RBI’s rationale for hoarding reserves.

Ila Patnaik is an economist and professor at the National Institute of Finance and Public Policy.

But the news media are in a crisis of their own. There have been brutal layoffs and pay cuts. The best of journalism is shrinking, giving in to crass spectacle in prime time.

ThePrint employs the best young reporters, columnists and editors. To maintain journalism of this quality, it takes smart, thoughtful people like you to pay the price. Whether you live in India or abroad, you can do it here.